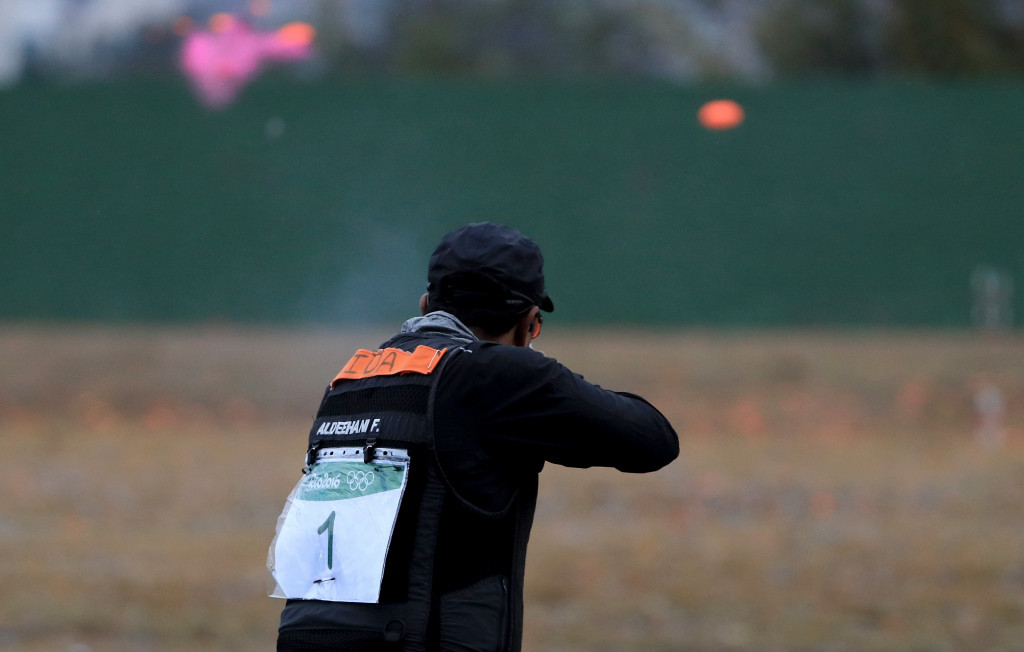 Al-Deehani is competing for the IOA because of the International Olympic Committee's (IOC) decision to ban Kuwait from competing at Rio 2016 due to alleged interference from the country's Government.

The IOC suspended Kuwait following the introduction of sports legislation they claimed threatened the autonomy of the country's National Olympic Committee.

The 49-year-old Al-Deehani won Olympic bronze medals at both the Sydney 2000 and London 2012 but managed to secure gold at Rio 2016 with victory over Italy's Marco Innocenti 26-24 in the final.

He is the first Kuwait athlete ever to win an Olympic gold medal.

Since making their debut at Mexico City in 1968, Kuwaiti competitors have won only three medals and all of them have been won by Al-Deehani.

The victory will be celebrated in Kuwait but there will also be anger that the country has been denied the opportunity to see its flag raised and national anthem played at the Olympic Games for the first time in its history.

During the medal ceremony, television channels in Kuwait super-imposed their own country's flag over the Olympic flag raised for Al-Deehani.

"My achievement is for myself," said Al-Deehani.

"I would like to give my achievement to my country but we are banned.

"I consider this only for me."

"This is an unprecedented historic achievement," he told the Kuwait News Agency.

"In spite of the challenges imposed on Kuwaiti sport, including suspension from international competition, Kuwait did not surrender."

Independent athletes have competed at the Olympics under various banners since Barcelona 1992.

The Independent Olympic Participants (IOP) was created to accommodate athletes from Yugoslavia and the Republic of Macedonia.

Yugoslavia, meanwhile, was under United Nations sanctions which prevented the country from taking part in the Olympics.

A total of 58 athletes took part as IOP athletes, winning a silver and two bronze medals.

All the medals were won by Yugoslavians and also came in shooting.

At Sydney 2000 four athletes from East Timor competed for the IOA team during the country's transition to independence.

Four years ago, in London, four athletes competed as IOA, including the Netherlands Antilles following its dissolution and marathon runner Guor Marial from South Sudan, who still had to form an NOC.

Athletes from Kuwait  were originally supposed to compete as IOA as well, because their NOC was suspended.

The Kuwait Olympic Committee were reinstated on the eve of the Games, though, and allowed to compete under their own flag.

A total of 14 countries competed under the Olympic flag in protest at the Soviet Union's invasion of Afghanistan and the Olympic anthem was played for medal winners.

But the athletes were still representing their own countries.

Australian world number one James Willett was eliminated following a shoot-off against Scott and Kneale who both progressed to the bronze medal match.