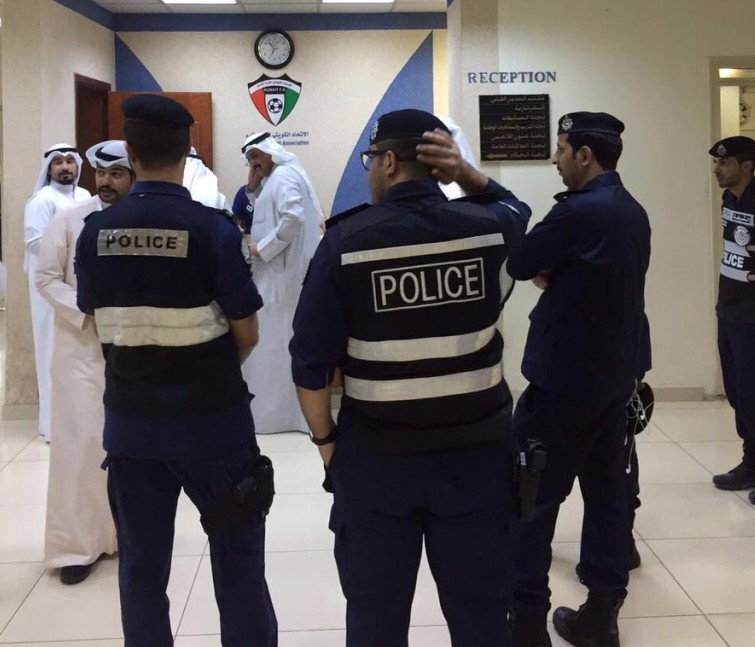 An unscheduled inspection has been paid to the headquarters of the Kuwait Football Association (KFA) by Government inspectors accompanied by police in the first indication that controversial new Sports Laws in the Gulf nation are being implemented.

The laws, officially passed in June, gives the Government power to take over all sports bodies and National Federations, and of controlling decisions including appointments and financial matters.

Kuwait is already suspended from both FIFA and the International Olympic Committee (IOC) due to Government interference, with athletes from the country only competing here at Rio 2016 independently under the Olympic flag.

insidethegames has been told that officials from the Public Sport Authority visited this evening alongside representatives from multiple Government bodies as well as authorities representing several Ministries in Kuwait.

They carried out a inspection of the headquarters in order to find possible "violations of the building".

The Court of Arbitration for Sport (CAS) last month rejected a separate appeal launched by the Asian Shooting Confederation, the Kuwait Shooting Federation and three Kuwaiti competitors defending their right to compete.

Similar inspections of other facilities are also now expected, including of the Kuwait Olympic Committee (KOC) building.

"I think this is a reaction after they [the Public Sports Authority] lost CAS cases and the Swiss Court case," KFA general secretary Saho F. Al-Saho Al-Shammari told insidethegames today.

"Also, after the participation of Kuwaiti athletes under the Olympic flag at Rio 2016.

"The next destination will be the KOC, Clubs and National Sport Federations.

"Nevertheless, no official minutes have been signed and we don't have any further information.

"All we know is that everyday they have new decisions and we don't expect their coming actions and reactions."

The Public Sports Authority is headed by the man at the the centre of the conflict with the sports world: Kuwaiti Minister of State for Youth Affairs Sheikh Salman Sabah Al-Salem Al-Homud Al-Sabah.

Numerous meetings have taken place the IOC since the suspension began last October, including one mediated by the United Nations, but all have failed to reach a resolution.

This is all seemingly connected to a personal feud between Sheikh Salman and his cousin Sheikh Ahmad Al-Fahad Al-Sabah, the Kuwaiti IOC member, who is also President of both the Olympic Council of Asia, still officially based in Kuwait City, and the Lausanne-based Association of National Olympic Committees.

Sheikh Salman resigned as head of the Asian Shooting Confederation in 2014 after standing unsuccessfully against Mexico's Olegario Vazquez Raña to become head of the ISSF, an election he lost by 165 votes to 128.

insidethegames exclusively reported on the eve of the election that he had been allegedly using his Government position to illegally collect votes.

Sheikh Salman blamed Sheikh Ahmad for his defeat and for spreading these allegations.

Sheikh Ahmad's brother, Sheikh Talal Al-Fahad Al-Sabah, is head of both the KFA and the KFC.

Six shooters, two swimmers and one fencer from Kuwait are competing here at the Olympics as independent athletes.

Three of these have competed so far, all failing to pass beyond preliminary rounds.