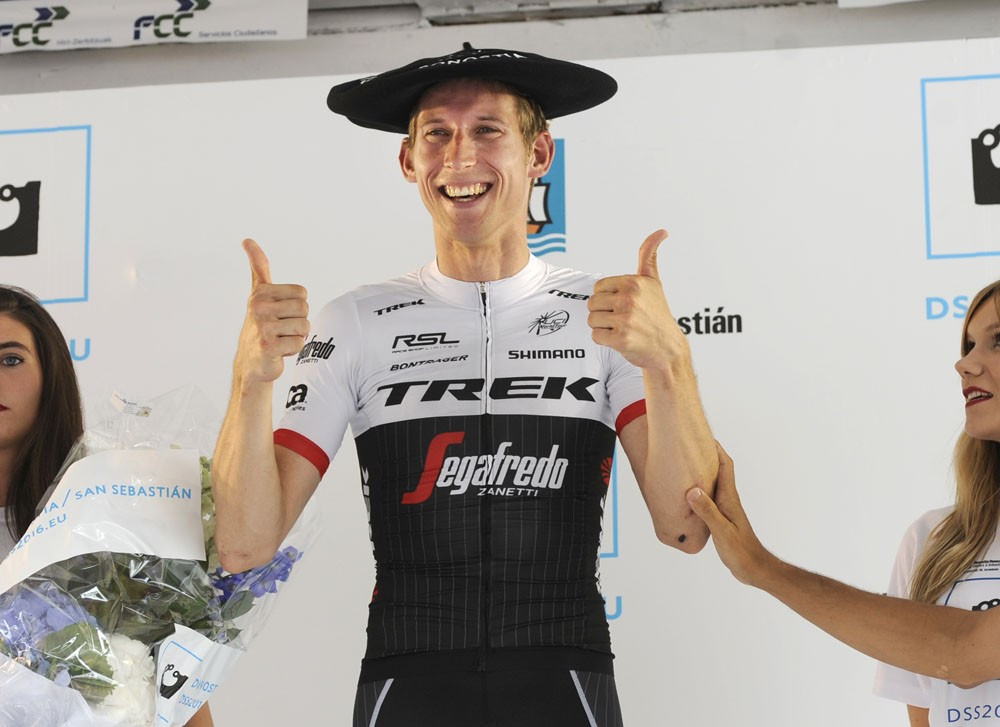 Bauke Mollema put his Tour de France heartbreak behind him as the Dutchman triumphed at the Clasica San Sebastian after a late attack.

The 29-year-old had been on course for a podium finish at the Tour de France as he headed into the final couple of days in second position in the standings, behind eventual winner Chris Froome of Britain.

Mollema suffered during the final three stages of the race, after a crash, to eventually finish down in 11th place, but he was able to bounce back in San Sebastian.

With the Dutchman hoping to prove a threat at the Rio 2016 Olympic road race, he received a confidence boost after a successful solo effort at the International Cycling Union (UCI) WorldTour race.

He broke clear on the final climb of the 219 kilometre one-day race up the Bordako Tontorra, escaping his nearest rivals.

His effort had come immediately after Spain’s Joaquim Rodriguez had been caught, having initially opened up a strong gap on the peloton.

The main field had no answer to Mollema’s move, with the Trek-Segafredo rider going solo to claim his first classic victory in a time of 5hr and 31min.

"The last days of the Tour de France were really disappointing for me, and this was a good way to fight back," said Mollema.

"I recovered well from the Tour, and I am really happy to win, I have always loved this race and have always finished in the top 10.

“This is the first WorldTour classic I have won and have always wanted to be on the podium of this race and have one of those Basque hats, and now I finally have one.

“I think I showed I am in good form, this is a great result, and now the Olympics are coming and that is something I am really looking forward to."

France’s Tony Gallopin ended as the runner-up after finishing 17 seconds adrift of the victor.

The Spanish duo Alejandro Valverde and Rodriguez ended third and fourth respectively, after crossing the line 22 seconds down.

The latter confirmed afterwards it would be his final appearance in front of a home crowd, with the Spaniard having announced at the Tour de France that he would retire at the end of the season.