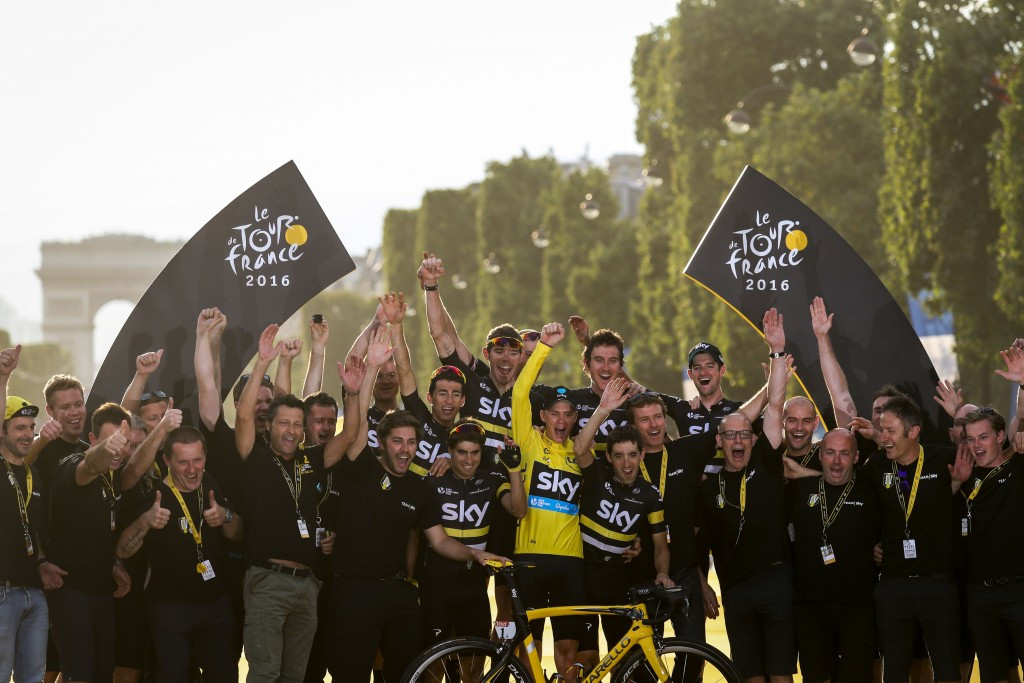 Britain’s Chris Froome sealed his third Tour de France title after finishing safely on the final stage of the race, with Germany’s André Greipel powering to victory in the final sprint.

Greipel had been yet earn a victory at this year’s edition of the race, leaving his personal record of winning at least once in every Grand Tour he has started since 2008 at risk.

The German, who was victorious in the finale to last year’s race on the Champs-Elysées, benefited from his rivals Bryan Coquard of France and Germany’s Marcel Kittel suffering punctures during the 113 kilometre stage.

It left the duo fighting to get back into the peloton and the added efforts took their toll as neither rider was able to strongly contest the sprint.

Instead, Greipel powered to victory in a time of 2hr, 48min and 8sec, with Slovakia’s world champion Peter Sagan, who won the points classification, finishing as the runner-up on the same time.

Froome was able to finish safely inside the peloton to successfully defend the title he earned last year and secure the overall victory for the third time in his career.

“My son Kellan: this victory is for you,” said Froome, who rides for Team Sky.

“My thoughts go again to those who lost their lives in the tragedy in Nice.

“The values of sport are so important to a free society.

“But we love it the more for what stays the same: the passion of the fans from every nation along the road side, the beauty of the French countryside and the bonds of friendship created through a true sport.

“These things will never change.”

The Briton, who will now turn his attentions to the road race and time trial at the Rio 2016 Olympic Games, finished 4:05 ahead of home favourite Romain Bardet.

The white jersey, for the best young rider, was awarded to Britain’s Adam Yates after he finished fourth in the overall standings.

Poland’s Rafal Majka won the King of the Mountains classification, while Movistar claimed the team award.

British Cycling President Bob Howden hailed the achievements of the eight British riders who featured at the International Cycling Union (UCI) WorldTour race, with Mark Cavendish having claimed four stage wins and Steve Cummings one, in addition to Froome and Yates' achievements.

“Chris Froome has been the outstanding rider in the peloton again this year and has earned every inch of the praise that will come his way today," said Howden.

“Chris is also a wonderful standard bearer for British sport who meets all of the challenges he faces with a great deal of dignity and quiet humour.

“It has also been very exciting to see Adam Yates showing that he can hold his own with the best in the world, fulfilling and surpassing the predictions that have been made about him since he was a junior with Bury Clarion.

“Mark Cavendish, who of course has been back training with the Great Britain Cycling Team in preparation for the track in Rio, is in magnificent form and I don’t think there is a cycling fan in the world who doesn’t love seeing Steve Cummings race.”