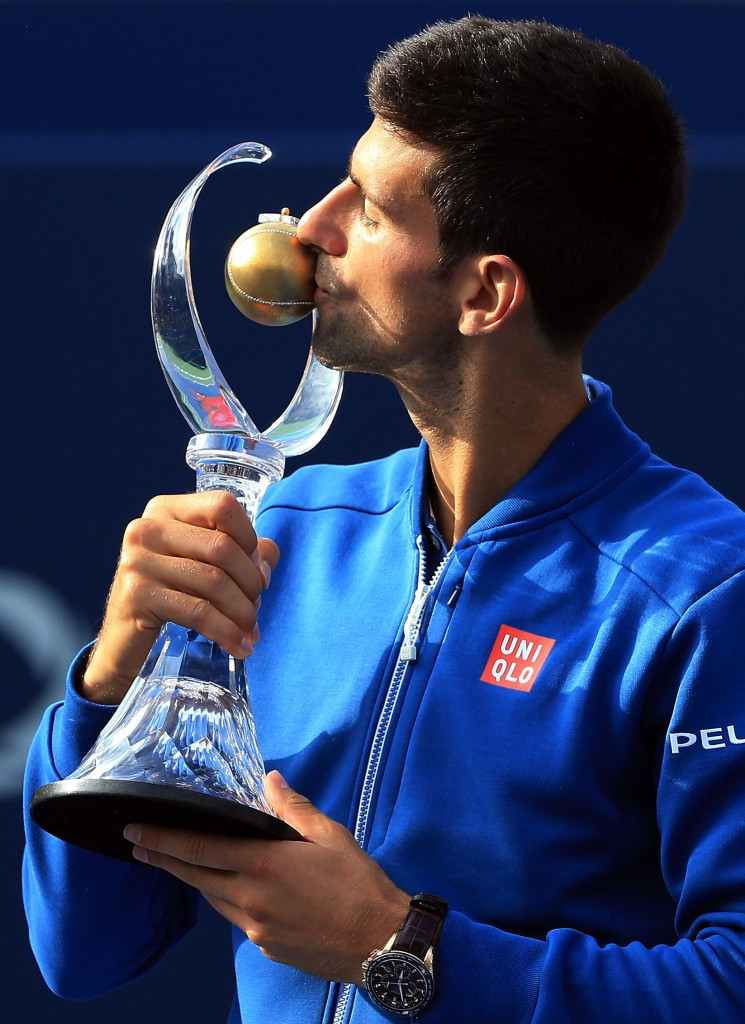 Novak Djokovic beat Japan's Kei Nishikori in straight sets in the final of the Rogers Cup in Toronto.

The world number one coasted to a 6-3, 7-5 victory to record his ninth straight win over the Japanese player.

In his first tournament outing since losing to Sam Querrey in the third round at Wimbledon, the Serbian returned to winning ways to become the first four-time winner of the Rogers Cup.

His victory meant he sealed his 30th ATP 1000 tournament success of his career.

Straight after the match, Djokovic looked to the future and set his sights on Olympic gold at Rio 2016.

“I don’t need to explain that every athlete dreams of being part of an Olympic Games,” said the 12-time grand slam champion.

“I’m competing in singles and doubles.

"Hopefully I’ll get at least one medal.”

In the women's competition, Romanian Simon Halep beat Madison Keys in straight sets to claim her third tournament victory of the year.

Halep sealed the 7-6, 6-3 victory in just over an hour, giving her a 14th career tournament title.

At this stage last year, Halep lost to Belinda Bencic after falling ill in the third set but showed no signs of letting that happen again against the American.

"It means a lot, it was really nice to win," she said.

"I had, I can say, bad memories from last year, that I had to finish the match and to stop it, so I am happy that I could win."