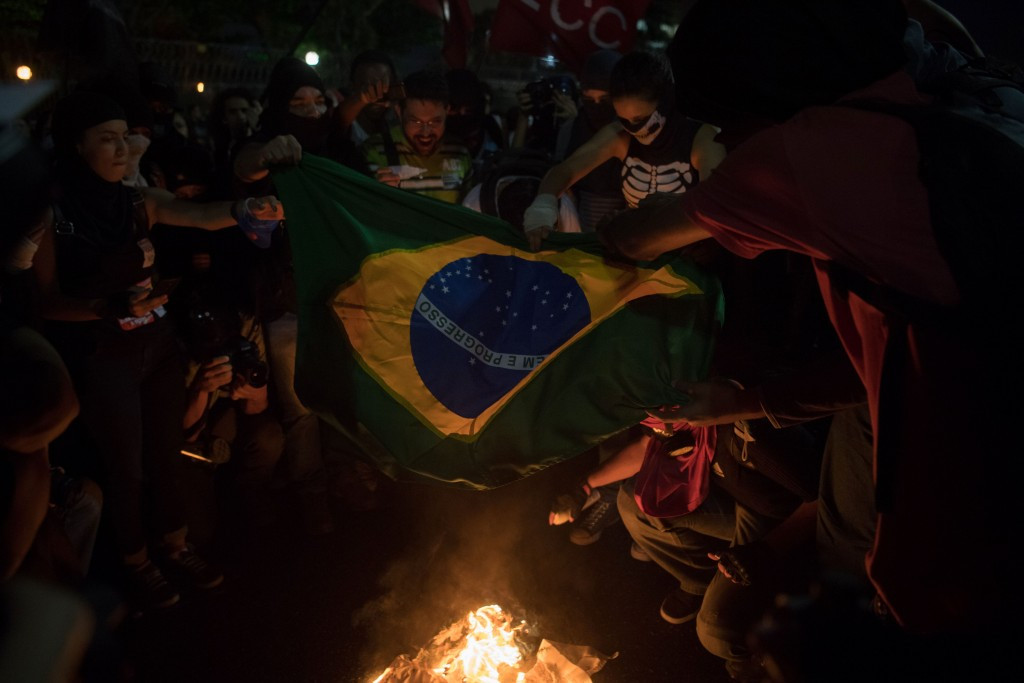 More protests are expected to take place here ahead of the Opening Ceremony of Rio 2016 as demonstrators protest against the spending required to host the Olympic Games.

Brazilian politics has descended into further chaos after it was announced that Luiz Inacio Lula da Silva, the President when Rio de Janeiro was awarded the Games in 2009, is to go on trial for obstruction of justice as part of the corruption investigation into state run oil giants Petrobras.

Lula, whose performance at the decisive International Olympic Committee (IOC) Session in Copenhagen six years ago was seen as a major reason for Brazil's success ahead of Chicago, Madrid and Tokyo, is one of six individuals accused of hampering the ongoing inquiry "Operation Car Wash".

All six have been accused of trying to prevent former Petrobras director Nestor Cervero from testifying in a plea bargain deal.

Many Brazilians oppose both Lula and his Presidential successor Dilma Rousseff, who is currently suspended from office pending the outcome of a separate impeachment trial due to finish shortly after the Rio 2016 Closing Ceremony on August 21.

But millions of others support both Lula and Rousseff, particularly those from working-class and youth backgrounds.

They have accused interim President Michel Temer and his allies of orchestrating a coup d'état.

Some political protesters are using the Olympics as a vehicle to make their wider concerns heard;.

Others are more directly appealing against the spending required for the Games at a time of so many spending cuts in other areas.

One protest has already happened in Angra dos Reis in Rio de Janeiro State during the Olympic Torch Relay.

Youths seized and extinguished the flame before being repelled by police firing tear gas and rubber bullets.

They were protesting against an alleged failure to pay municipal employees and the cutting of bus services and closure of an urgent care health centre.

Protesters claiming “Workers of Angra dos Reis will not pay for the crisis” and “Torch of shame" were carried.

A group calling themselves "Olympic Games Exclusion" have promised more protests here over the next week, particularly on Friday (August 5), the day of the Opening Ceremony.

The first, in the morning, on Copacabana Beach, and then, in the afternoon, close to the Maracanã, where the Opening Ceremony is due to take place.

"We are not against the Olympics as Games and socialising," group member Giselle Tanaka told Brazilian website ISTOÉ.

"We are against the transformation of the Olympics in big business, with the arbitrary way decisions were taken and the fact that the city give priority to large economic groups.

"We also agree with the agenda of 'Off Temer'.