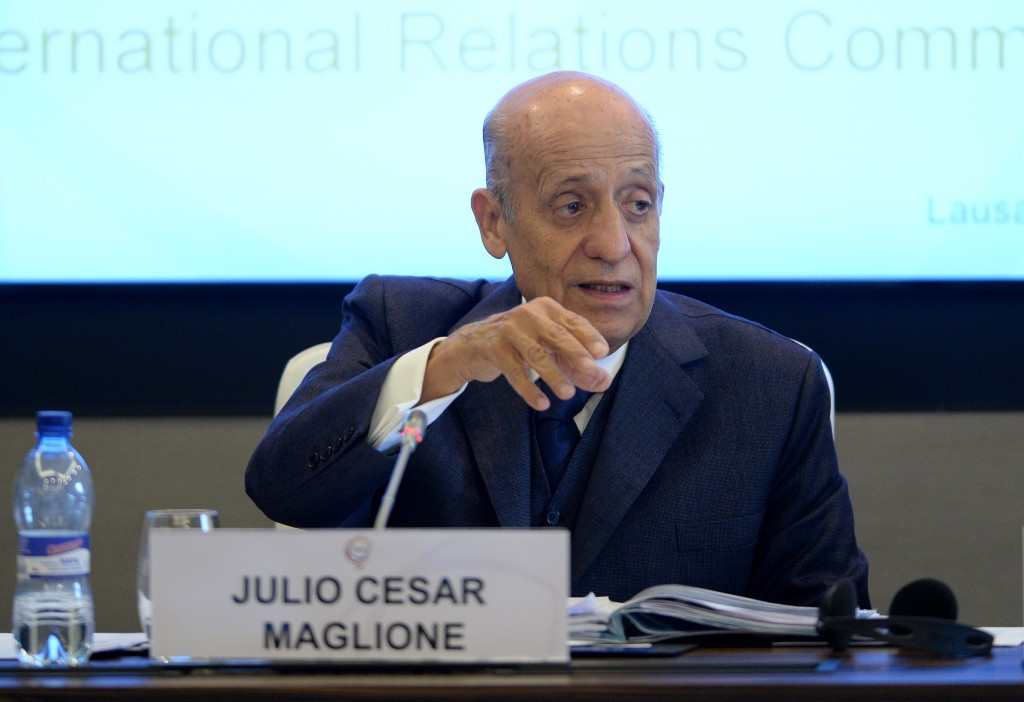 The Uruguayan, now an honorary International Olympic Committee (IOC) member after exceeding the upper age limit last year, believes that the IOC themselves should have handled the matter.

"Sooner or later this needs to be clarified.

"WADA is an organisation with a function to control the doping abuse, approve the relevant rules and not to talk about the situation in a particular country.

"It must be done by the head of the Olympic Games, that is by the International Olympic Committee."

The McLaren Report, released last week in Toronto, outlined a state-sponsored Russian doping scheme at their home Winter Olympics in Sochi in 2014, and also implicated a string of summer sports and events.

The findings prompted the IOC to explore legal options for a complete blanket ban of Russian athletes from next month's Summer Olympics in Rio de Janeiro, which would have followed the lead of the International Association of Athletics Federations (IAAF) who have already ruled out the country's track and field stars.

Ultimately, the governing body refused to go down this path - instead deferring the decision on Russian participation to the individual International Federations.

Criteria for participation still has to be met - with those named in McLaren's report unable to compete alongside anyone who has been banned for drug offences in the past, regardless of whether their sanction has been served.

International Federations have already begun to announce which Russian athletes from their sports will be able to go to Rio 2016, including Maglione's FINA, who have banned seven including Yuliya Efimova, the 100 metres breaststroke world champion who is taking her case to the Court of Arbitration for Sport.

The IOC, and its President Thomas Bach, received criticism for their decision, however, with critics claiming they had displayed a soft touch due to close relations with those in power in Russia.

Maglione's comments will lead to further criticism, therefore, with voices suggesting that the IOC would have been unable to remain impartial if they had led the probe.

WADA had suggested that Russia be banned until a "culture change" was achieved.