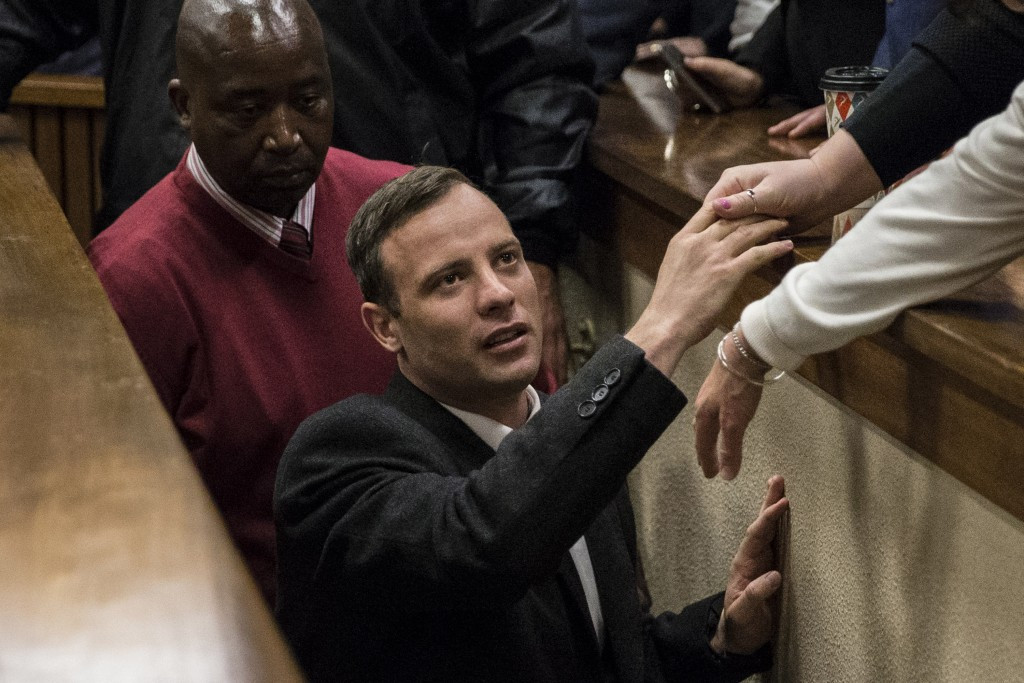 The blade runner, a six-time Paralympic gold medallist and the world's most famous disability athlete, was sentenced to six years behind bars earlier this month for the murder of his girlfriend Reeva Steenkamp on Valentine's Day in 2013.

Twenty-nine-year-old Pistorius had originally been found guilty of culpable homicide - the equivalent of manslaughter - and was sentenced to five years in prison in October 2014.

He was released after serving less than a year of his sentence in October 2015, but prosecutors successfully upgraded his conviction to murder which led to the new six year punishment.

They claimed he must have known that someone could be killed when he shot Miss Steenkamp four times through a locked toilet door.

Prosecutors had wanted him to be jailed for at least 15 years and his six year term prompted fresh criticism in South Africa and across the world.

The country's National Prosecuting Authority has now said the sentence was "disproportionate to the crime" and could bring the justice system "into disrepute".

"We hope that this appeal will also clarify further the principles of sentencing, particularly in crime categories for which there are prescribed minimum sentences ordained by legislation," the statement said.

The athlete was escorted directly to Khosi Mampuru prison in Pretoria following his second sentencing, but could once again serve only a portion of the term.

Tubby Reddy, the chief executive of the South African Sports Confederation and Olympic Committee, even suggested that he could compete at Tokyo 2020 if he served his time.

Earlier, he also became the first athlete to compete in the Olympics using blades.