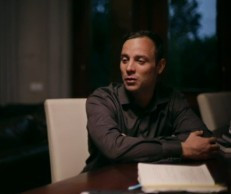 Oscar Pistorius, currently facing the prospect of 15 years in jail for the murder of Reeva Steenkamp, has sensationally claimed she would not want to see him go to prison.

In an interview with British broadcaster ITV, due to be screened tomorrow, the six-time Paralympic gold medallist insists he feels Steenkamp would want him to be set free despite the charges against him.

He believes she would prefer he be released to help the less fortunate rather than sit in a prison cell.

Pistorius is due to be sentenced on July 6 following a dramatic three-day sentencing hearing at the North Gauteng High Court in Pretoria last week.

Prosecutors are calling for the South African, who is the only athlete to compete at the Olympic Games using prosthetic limbs, to be jailed for at least 15 years.

It was described as the “minimum” sentence he should be given after he killed Steenkamp by firing four shots through a locked toilet door on Valentine’s Day in February 2013.

Defence witness and psychologist Jonathan Scholtz claimed, however, that he should not face jail as the ordeal had left him a “broken man”.

Barry Steenkamp had stressed Pistorius “must pay” for killing his daughter.

Pistorius, who participated in the 400 metres at the 2012 Olympic Games in London, was originally convicted on a charge of culpable homicide - the equivalent of manslaughter - but this was appealed and upgraded to murder at the Supreme Court of Appeal in December.

The interview itself had been the subject of criticism during last week’s hearing as the prosecution were thought to be unhappy with its timing.

They questioned why he was able to put his side of the story across to journalists but didn’t feel able to give testimony.

Pistorius has been accused of showing a lack of remorse having never apologised to the Steenkamps for the grief he has caused.

The Steenkamp family, who have consistently held the view that Pistorius should face tough sanctions for murdering Reeva, reportedly declined the opportunity to take part in the ITV documentary.

“I don’t want to go back to jail,” Pistorius told ITV.

“I don’t want to have to waste my life sitting there.

“I would like to believe that if Reeva could look down upon me that she would want me to live that [free] life.”

The South African double amputee, who walked without the use of his prostheses in the sentencing hearing, reiterated his claim that he did not know it was his girlfriend behind the toilet door.

“I opened the toilet door and immediately when I saw Reeva she was over the toilet,” he said.

“She had slumped over the toilet and at that point I knew that I had killed her.”