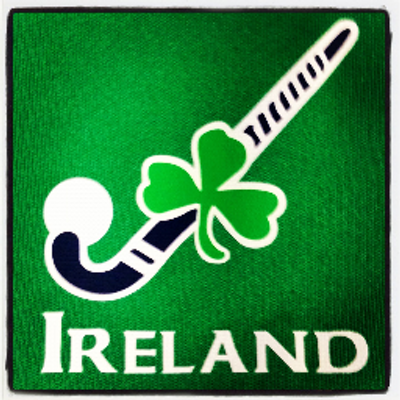 Ireland's men's hockey team head coach Craig Fulton has described the use of Kitman Labs' injury prevention technology as "very, very helpful" in preparing his side for its first appearance at the Olympics since London 1908.

Fulton is the man tasked with guiding Ireland to success at Rio 2016, where hockey competition is due to take place from August 6 to 19.

His team have been making use of Kitman Labs' technology since January, when they undertook a 17-day training camp in Cape Town.

Kitman Labs gathers data from a variety of sources, using player biomechanics and movement to monitor performance and flag up any potential for future injury.

The company’s technology is also used by the likes of the NFL’s Miami Dolphins, English Premier League club Everton and Irish Rugby Union.

"I think the biggest thing is, we’ve had to improve our strength and conditioning so it’s one thing to improve it putting in all the right kinds of programmes and coaches, but how do you monitor it?" Fulton told insidethegames.

"Over a long period of time it’s shown real traits on what happens when we do certain blocks of training and how the guys react to it and how we can actually make that a strength for us.

"It’s also showing up the red flags where players aren’t coping and how we need to adjust it accordingly.

Ireland’s men’s hockey team is using the "Athlete" and "Profiler" components with the former seeing athletes enter feedback into a customisable mobile app about a range of variables, including sleep quality, hydration, diet, mood, stress and perceived muscle soreness.

It is hoped the system will help improve Ireland's performance at Rio 2016, an event for which they qualified after finishing fifth at the World Hockey League semi-final in Antwerp last July.

The squad will be the first to represent Ireland in a field team sport at the Olympics.

They have been drawn in Group B, which also features London 2012 gold medallists Germany and runners-up The Netherlands.

Completing the group is Argentina, Canada and India, with the top four going through to the quarter-finals.

Fulton believes securing a place in the knock-out stages would be a great achievement for Ireland.

"We want to play a quarter-final so that means top four in the pool," he added.

"We have to pick up two wins at least, or a win and a draw, but I mean we’ve played all the teams so I’m not too worried about everyone else.

"The focus is pretty much on us and what we need to do."

Earlier this week, the Olympic Council of Ireland and Hockey Ireland announced the 16-strong men’s hockey squad to represent Team Ireland at Rio 2016.

"To be the first field team sport to represent Ireland at an Olympics in 68 years is a historic achievement," said Rob Johnson, acting chief executive for Hockey Ireland.

"And to be a selected team member in this history-making side is an incredible personal achievement - congratulations to each and every one of the players selected.

"Head coach Craig Fulton, with his support team, has stretched the squad, raising them to higher performance levels.

"This has required a huge amount of dedication and many sacrifices from every member of the larger squad."