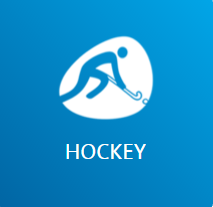 The International Hockey Federation (FIH) has officially confirmed the line-ups for both the men’s and women’s hockey events at next year's Olympic Games in Rio de Janeiro.

Following last week’s FIH world rankings update, and the official acceptance of invitations to participate by Spain's women and New Zealand's men, the pools have now been determined.

This year’s HWL champions Argentina, ranked number two in the world, will meet Australia, Great Britain, the United States, Japan and India in women’s Pool B.

The full match schedule for all the pool games and play-off stages is due to be confirmed in February.

Spain’s women and New Zealand’s men were invited to participate following the decision of the South African Sports Confederation and Olympic Committee’s (SASCOC) to reject invitations for their men’s and women’s hockey teams.

Both South African sides earned a place at the Games after winning their respective African Championships in November, but SASCOC insists on strict qualification criteria and believes that the continental route is not good enough.

Instead, both teams could only confirm their berths through the HWL, something they were unable to do.

New Zealand and Spain, therefore, profited as they were the highest placed teams from the HWL Semi-Finals who had not already qualified