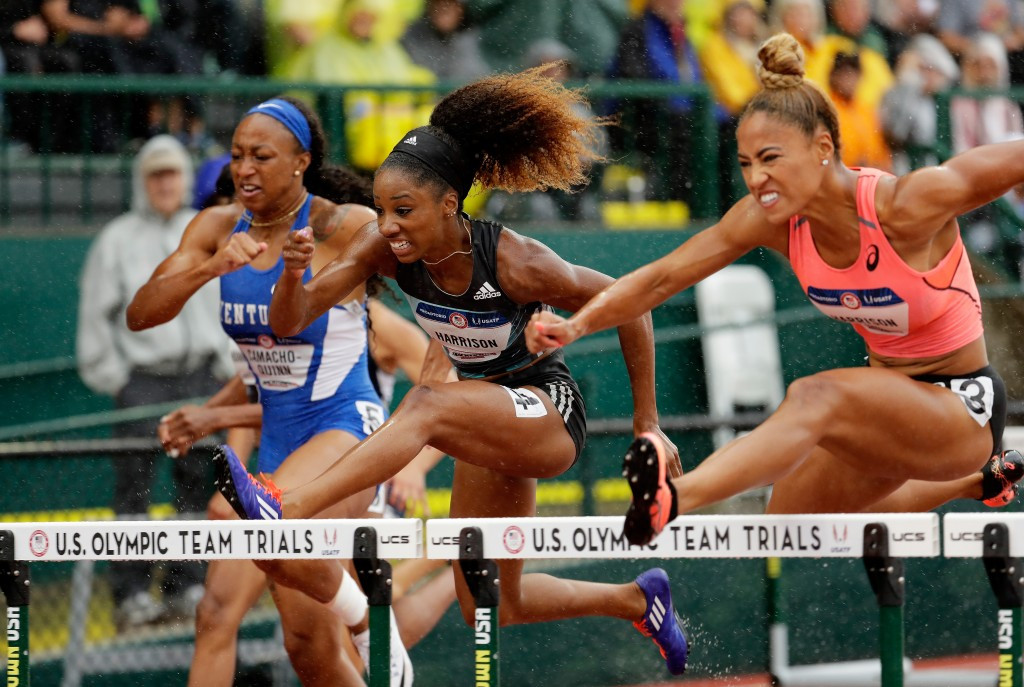 The unique depth of American talent in the women’s 100 metre hurdles meant that the US Olympic Track and Field Trials were going to be painful for some world class athletes - and as things turned out, it was the athlete who ran the second fastest ever time of 12.24sec on the same track in Eugene on May 28, Keri Harrison, who failed to make the trip to Rio de Janeiro next month.

Harrison ran 12.62, but that was only enough for sixth place in a super-fast final at Hayward Field which, for the first time in any National Championship, produced seven runners clocking 12.75 or better.

It will be the first Olympics for all three.

“I don’t know what happened, I’ll have to watch the film," Harrison said.

“I’m a loss to explain it, but this stuff happens in the hurdles.

"We’ve got a great group of girls representing the US in Rio.

"I’ll go back home and prepare for the Diamond League meet in London."

Such was the quality of performances that Dawn Harper-Nelson, the 2008 Olympic champion and London 2012 silver medallist, failed to qualify for the final, despite clocking 13.01.

Queen Harrison was fourth in 12.57 and Sharika Nelvis, a World Championship finalist last year, fifth in 12.60.

Allyson Felix, winner of the 400m title earlier in the week, maintained her progress towards an additional 200m place at Rio 2016 as she qualified fifth fastest for the semi-finals in 22.93.

But it looks as if another attempted US double over 200m and 400m might have legs in Rio as the men’s 200m produced some startling sprinting from the former world and Olympic 400m champion LaShawn Merritt, who qualified for the final in 19.74, the fastest time run this year.

World silver medallist Justin Gatlin, winner of the 100m, moved through in a relatively sedate 20.23.

Jager, sixth at last year’s World Championships, said: "I got to a new level of fitness last year but had a bad race in Beijing.

"I hope to execute in Rio and do things a bit differently and hopefully medal."