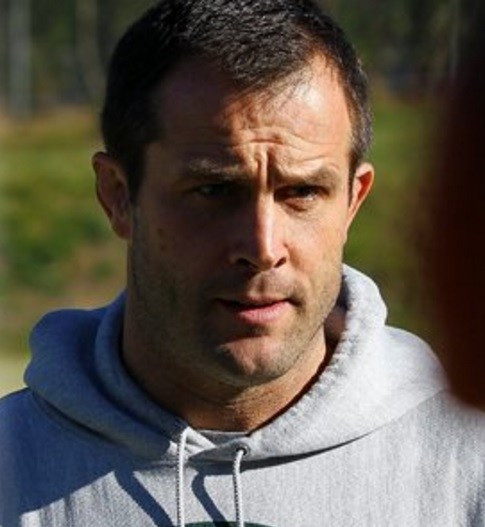 Dan Payne has been appointed as the new chief executive of USA Rugby ahead of the Rio 2016 Olympic Games, it has been announced.

Payne joins the governing body from his previous role as the athletics director at the Life University in Georgia, where he oversaw the addition of 10 varsity sports programmes.

The 43-year-old will begin his new job on August 1, four days before the Rio 2016 Opening Ceremony at the Maracanã Stadium.

He takes over from former England captain Nigel Melville, who will become the director of professional rugby at the Rugby Football Union in the summer.

Melville was capped 13 times by his country during his playing career, which was blighted by a number of serious injuries.

“These are exciting times for our great game, in our great country," said Payne.

"I'm honoured and privileged for the opportunity that has been presented.

"That being said, I'm eager to get to work and shoulder the responsibility that this position requires and our membership, fans and supporters deserve."

Payne added: “I want to thank Nigel Melville for the service and leadership he provided over the past nine years and the USA Rugby board for this opportunity.

“There's a strong group of individuals in Lafayette that I'm looking forward to working alongside as there is plenty to be done.

“As the game expands and evolves in our country, it's important we continue to work to unify our efforts among all groups and stakeholders in our country.”

The appointment comes ahead of rugby sevens’ debut on the Olympic programme.

United States have qualified teams in both the women’s and men’s competition.

“We are pleased to announce the hiring of Dan Payne as the new chief executive of USA Rugby,” USA Rugby Chairman of the Board Bob Latham said.

"Dan brings an attractive range of experience and skills to the position.

“He has experience in many levels of the game as a national team player and coach, as a university coach and now athletic director, and as a club player and administrator.”