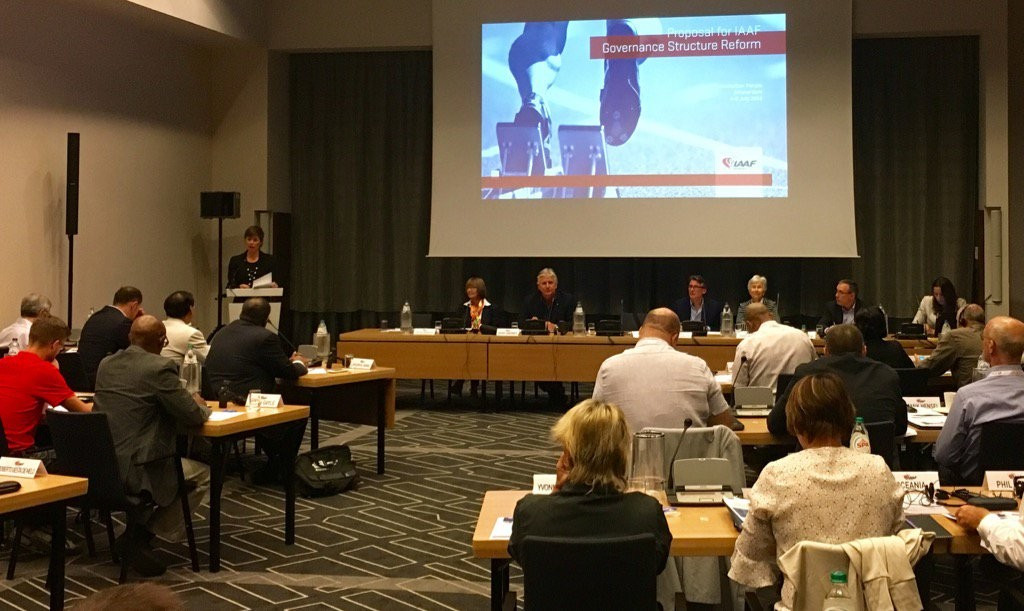 Reducing the number of vice-presidents from four to two and abolishing the position of treasurer are among proposals put forward following a two-day International Association of Athletics Federations (IAAF) Governance Structure Reform Forum in Amsterdam.

A total of 15 proposals have now been drawn-up, including the introduction of a new independent integrity unit to monitor and assume responsibility for testing, investigations and the results management process for all international-level athletes.

This was a key electoral manifesto proposal of President Sebastian Coe.

The number of vice-presidents would be halved, with one of each gender appointed by the Council. while the finance function previously undertaken by the treasurer would be managed by "professional staff and a finance subcommittee of the Executive Board".

The reforms are aimed at better clarifying the Council's role as the "guardian of the sport", with its composition changed to "ensure the athletes' voice and better gender balance".

The Executive Board would have a new role as "guardian of the IAAF" and be a "governance board with wider powers".

The President, while continuing to act as the "face of the sport", will have have reduced personal powers and only act under "delegated authority from Congress, Council and the Executive Board".

There would also be a maximum of three four-year terms for the positions of President, vice-president and Council members.

The world governing body is seeking to avoid a repeat of the corruption problems under the tenure of Coe's predecessor Lamine Diack, which have come to light since the Senegalese's departure last year.

A small cabal of officials close to Diack, including his son Papa Massata and former treasurer Valentin Balakhnichev, are at the centre of a French investigation into claims that athletes were asked to pay bribes in return for doping failures being covered up.

"It cannot be ignored or dismissed as attributable to the odd renegade acting on his own," he added.

Today's forum ahead of the European Championships in the Dutch capital was led by New Zealand sports lawyer Maria Clarke, chair of the IAAF Governance Structure Reform Working Group.

It was attended by more than 60 delegates, including Federation Presidents, administrators and athletes representing the six continental areas of the IAAF.

Proposals made today will not come into force immediately, however, and will be phased in over the next three years when and if they are approved by the Congress in Monte Carlo on December 3 later this year.

The changes to the vice-presidents and treasurer would not be implemented until 2019, when the next Electoral Congress is due to take place in Doha.

“Our reform proposals show how seriously we want to grip the issues facing our sport and design a strong diverse and modern organisation which reflects the global reach of athletics," said Coe.

"We are not afraid to make tough decisions, we owe it to the athletes.

"Our discussions over the last two days have been honest and robust.”

More work must be done before the IAAF's reputation is restored, however, with 800 metres runner Alysia Montano branding the body as “a corrupt institution” for its failure to tackle doping problems.

The American, speaking after she crashed-out of the US Olympic Trials, claimed she has been denied medals at least major championships by doping cheats.

The full proposals, entitled Reform of the IAAF - A New Era, can be read in full here.