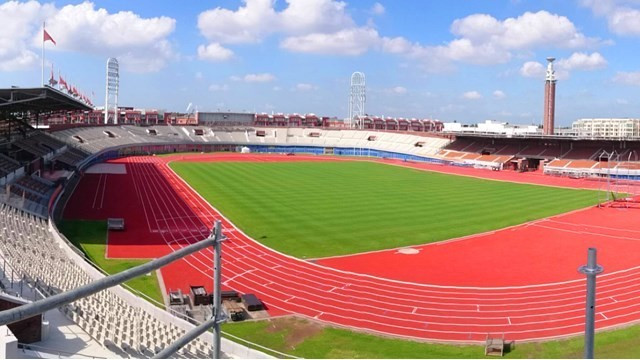 Broadcasters in at least 32 European countries have submitted their intentions to showcase the continent’s 2016 Athletics Championships, scheduled to begin here in the Dutch capital on Wednesday (July 6), it has been announced.

With just two days to go until the 23rd edition of its flagship event, European Athletics has also confirmed that Pan-European channel Eurosport plans to show the majority of the Championships live across its 54 territories.

According to the latest figures received by European Athletics, there will be more than 900 hours of television coverage over the five days of competition, including more than 800 hours of live coverage.

"The number of hours are higher than we expected considering the more compact five-day format instead of six and with no race walks or marathon (half marathon has been added) in the programme."

European Athletics will also stream the event live through its website, accessible here, with English-language commentary.

In April, it was announced that Eurosport will continue to broadcast European Athletics events through to 2019 after the company signed an agreement with the EBU.

The agreement also includes the 2017 and 2019 European Indoor Athletics Championships, due to be staged in Belgrade and Glasgow respectively.

Eurosport’s deal with the EBU continued the broadcaster’s relationship with the sport as they also own the rights to the International Association of Athletics Federations Diamond League in the United Kingdom, Germany and Asia-Pacific regions.

A record number of 1,473 athletes from 50 countries have their names on the entry list for Amsterdam 2016.