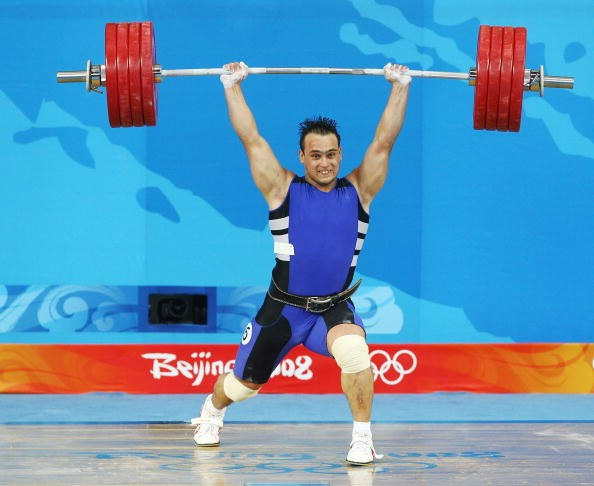 Olympic champion Ilya Ilyin is one of three weightlifting medallists from Beijing 2008 to have failed doping tests following the re-analysis of samples by the International Olympic Committee (IOC).

Earlier this month, it was confirmed that all four Kazakhstan weightlifting gold medal winners at London 2012, including under 94 kilograms winner Ilyin, had following re-analysis of samples from London 2012.

Ilyin, one of Kazakhstan's best known sportsmen, failed for anabolic steroids dehydrochloromethyltestosterone and stanozolol in the London 2012 case, while in the Beijing 2008 equivalent he has tested positive for the latter of the two.

The International Weightlifting Federation (IWF) has also confirmed reports that Russians Marina Shainova, winner of the silver medal in the under 58kg class, and Nadezhda Evstyukhina, bronze medallist in the under 75kg division, have returned adverse analytical findings.

Both have failed for stanozolol, along with Moldova’s Alexandru Dudoglo, who finished ninth at Beijing 2008 in the under 69kg category.

The other athlete to fail was Azerbaijan's Intigam Zairov, the 2009 European silver medallist at under 85kg.

Zairov, who was sanctioned by the IWF for doping violations following last year’s World Weightlifting Championships in Houston, tested positive for dehydrochlormethyltestosterone.

He remains suspended due to the previous IWF sanction until December 21, 2023.

If Ilyin's disqualification is confirmed, then Poland's Szymon Kołecki could be moved from the silver medal to the gold.

Russia's Khadzhimurat Akkayev could be upgraded from the bronze to silver and Georgia's Arsen Kasabiev from fourth to bronze.

"In line with the relevant rules and regulations, the IWF imposed mandatory provisional suspensions upon the athletes, who remain provisionally suspended in view of potential anti-doping rule violations until their cases are closed," said the IWF in a statement.

"Following the IOC’s decisions, the IWF will be in a position to take over the results management of these cases.

"Should it be determined in any of the cases that no anti-doping violation was committed, the relevant decision shall also be published."

In response to re-analysis of the Beijing 2008 and London 2012 samples, the IWF Executive Board intends to dedicate a full day to discussing them and other anti-doping related matters at its meeting this week here in Georgia’s capital.

The two-day gathering is scheduled to take place on Wednesday (June 22) and Thursday (June 23).

At the last IWF Executive Board meeting ahead of the 2015 World Championships, Bulgaria were banned from competing at Rio 2016 due to multiple positive doping cases during the qualification period.

An Olympic quota place was also taken from both Romania and Uzbekistan, owing to the same reasons given for Bulgaria’s ban.

"Following the decisions from 2015 that already showed the strictest approach towards zero tolerance, the IWF EB aims to continue its commitment and work for a clean sport," said the IWF in a statement.