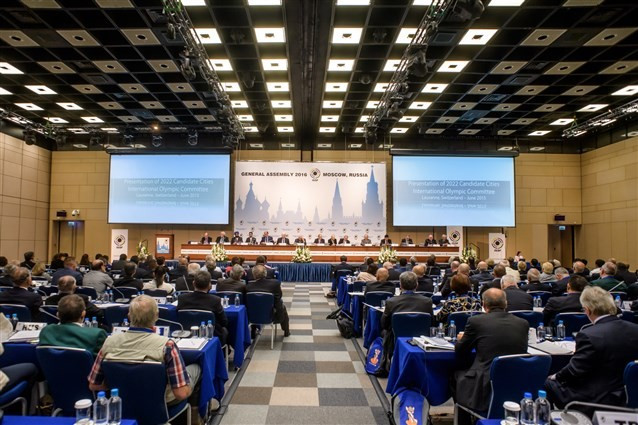 Audited financial reports are going to be published by the International Shooting Sport Federation (ISSF) for the first time, the world governing body has claimed during today's General Assembly in Moscow in a bid to show increased transparency.

The ISSF was one of around half of Summer Olympic Federations to not make any annual financial information available when requested to by insidethegames last year.

Such reports were distributed to ISSF Member Federations and Administrative Council members two months prior to each ISSF General Assembly.

However, they now plan to publish its audited financial reports on the ISSF Website, open to the public, along with the minutes of the ISSF Administrative Council and General Assembly.

This is due to be available in a "couple of weeks", insidethegames has been told.

The ISSF has received criticism for the closed nature of its administration, including over the lack of a detailed agenda for the General Assembly.

Delegates unanimously approved the financial reports presented by the auditors in the Russian capital, and applauded the new ISSF initiatives in the fields of transparency, good governance and ethics.

The meeting at the Crown Plaza Hotel, attended by 129 federations, started with a minute of silence to mourn the loss in the last year of three long-time ISSF family members: honorary members Friedrich Schattleitner and Dr. Heinz Lösel, and former ISSF Executive Committee member David Parish.

“I am very happy today to see so many Member Federations here in Moscow," said Mexico's Olegario Vazquez Raña, ISSF President since 1980.

"This is the moment to share our thoughts, and work together.

"We are here to listen to you all.

“Be confident: the ISSF Executive Committee and the Administrative Council have one main goal: securing the strong position of our sport within the Olympic family.

"I believe we have to trust the delegates of our federation, to continue growing together.”

Detailed discussions are due to take place on the new ISSF Constitution as the Assembly continues tomorrow.