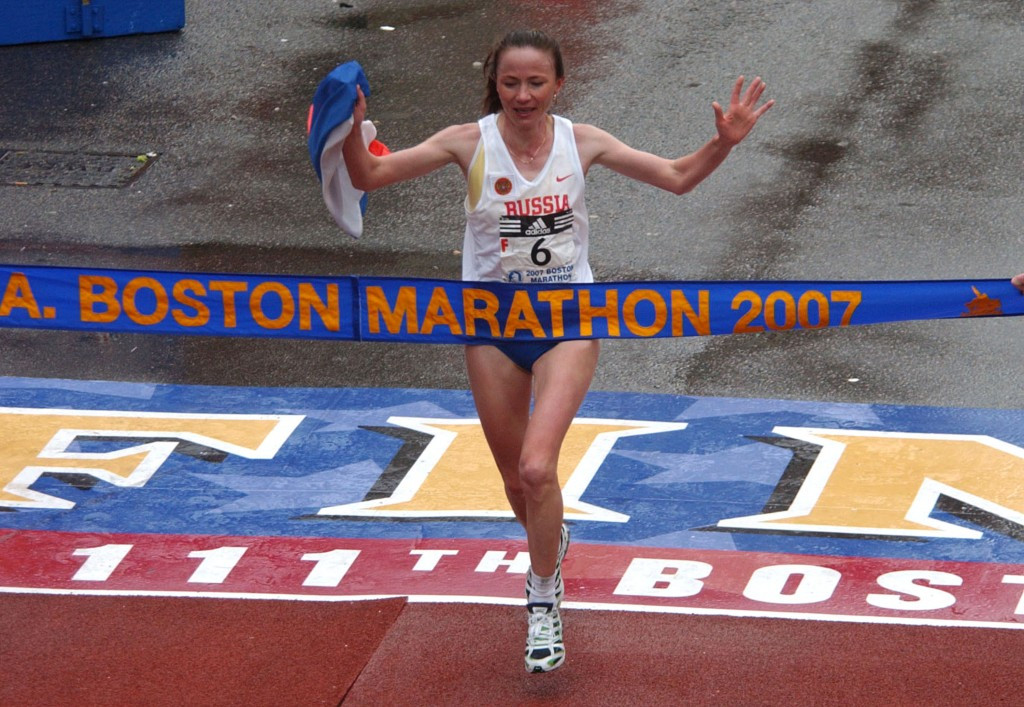 In a statement posted on the latest list of positive cases, the IAAF explained that she had been found guilty of an Athlete Biological Passport Case, but specified no further details.

But she will only be stripped of results achieved between April 17, 2009 until May 14, 2010, meaning that both her Boston and Chicago victories will remain in the record books.

It comes after Grigoryeva's fellow marathon runner Lilya Shobukhova was banned from the sport and stripped of her win at the 2010 London Marathon and victories at the Chicago Marathon in 2009, 2010 and 2011 after her biological passport showed "abnormal haematological curves".

Two other Russians have also been banned.

Also on the list is Morocco's Amine Laalou, a silver medallist over 1500m at the 2010 African Championships.

He is handed an eight-year ban after failed an out-of-competition test in April.

He previously served a two-year ban after testing positive for banned diuretic furosemide in 2012.