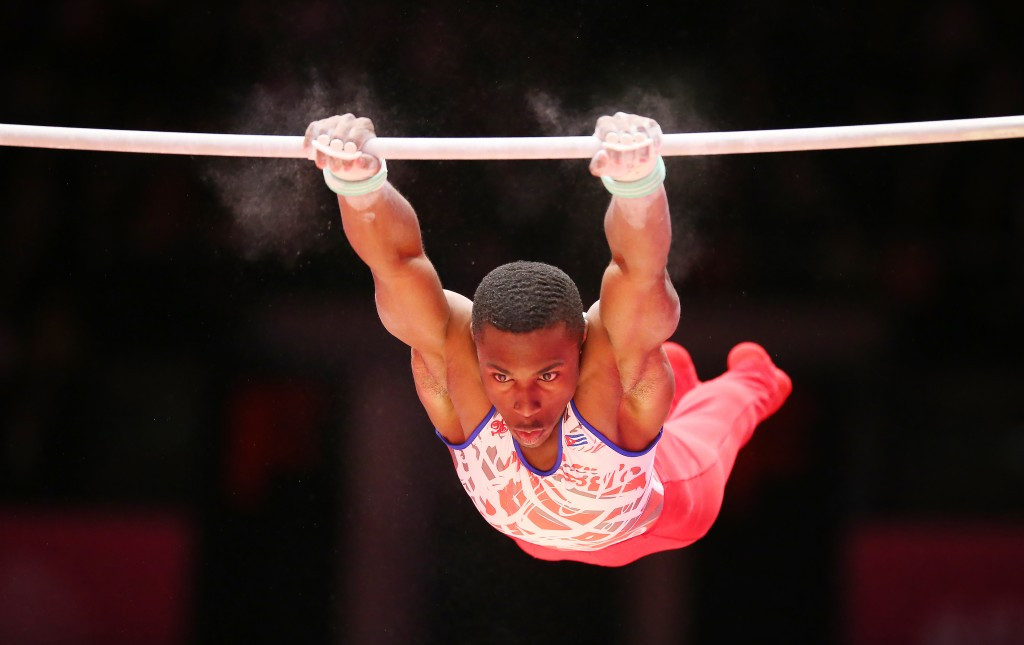 Cuba’s Manrique Larduet and Flávia Saraiva of Brazil both secured two gold medals on the second and final day of competition at the International Gymnastics Federation (FIG) Artistic Gymnastics World Challenge Cup at the High Performance Centre of Anadia in Portugal.

History-maker Larduet, who became the first-ever gymnast from his country to win an all-around World Championships medal in Glasgow last year, topped the podium in the parallel bars competition as his excellent routine was rewarded with a formidable total of 15.900 points.

Japan’s Shoichi Yamamoto, Petro Pakhnyuk of Azerbaijan and Zhu Xiadong of China all ended on the same score of 15.650 in what proved to be a remarkable end to the competition.

The difficulty score of each gymnast was the deciding factor as Yamamoto’s 9.050 saw him clinch silver, while the Azerbaijani athlete edged Zhu to the final spot on the podium.

Larduet, one of the most high-profile names competing at the World Challenge Cup event in Portugal, also reigned supreme on his preferred horizontal bar discipline by scoring a total of 15.400 points.

The Cuban finished 0.500 ahead of nearest challenger Jossimar Calvo of Colombia, while Croatian Marijo Moznik took home the bronze.

Saraiva, a double bronze medallist at the 2015 Pan American Games in Toronto, struck gold in the beam as she blew the rest of the field out of the water with a score of 15.125.

Her impressive total was a point higher than second-placed gymnast and compatriot Rebeca Andrade, who had to settle for silver, while Lyu Jiaqi of China claimed bronze.

The same two Brazilian athletes also finished in the top two on the floor as Saraiva again beat her team-mate.

Cen Yu delivered gold on the vault for China with 15.325 points as Wataru Tanigawa of Japan and Israel’s Andrey Medvedev ended in silver and bronze medal position respectively.