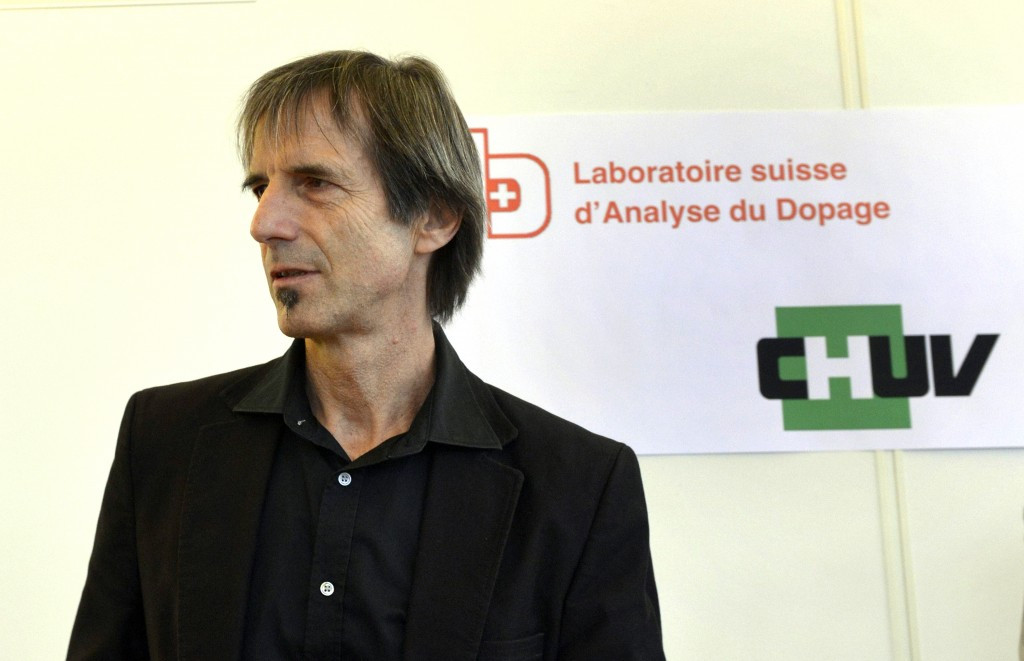 Martial Saugy has been replaced as director of the World Anti-Doping Agency accredited  laboratory in Lausanne by Finland's Tiia Kuuranne as the re-testing continues of drugs samples from the 2008 and 2012 Olympics in Beijing and London continues.

Kuuranne, who has spent the last 13 years as scientific director of the doping control laboratory in Helsinki, officially took up her new post in the Swiss city on June 1.

Saugy has taken up a new post as director of the newly founded Center of Research and Expertise in Anti-Doping Sciences.

He has been at the centre of various controversies during his time as director.

The laboratory was criticised in last year's WADA Independent Commission report for destroying 67 samples provided by Russian athletes prior to London 2012, “contrary to specific instructions” given to it by WADA.

This prevented any re-analysis of the samples following the raising of suspicions that some positive samples had been illegally swapped for clean ones.

The Commission found no evidence of “otherwise culpable conduct” at the laboratory but was “not satisfied with the explanations given for the destruction of the samples”.

Similar allegations have now been made about Russian doping practices at the 2014 Winter Olympics in Sochi, where it has been revealed that Saugy was present as an accredited representative of the Ministry of Sport of the Russian Federation.

He is referred to indirectly in the WADA independent observers report produced after the Games.

"There was...a representative of the Ministry of Sport of the Russian Federation who was not part of the Laboratory Games staff or the IOC Medical Commission and whose role was unclear to the IOC," it said on page 29 of the report.

The WADA Independent Observer report also noted, on page 20, that a representative of the Russian Government was embedded into the lab.

“The Ministry…provided the IOC with a link to Russian law enforcement agencies and facilitated the sharing of information from the Russian authorities to the IOC," the report revealed.

Saugy confirmed he was at the Games as a paid consultant.

He was photographed with senior IOC officials during the Games, including its medical director RIchard Budgett.

It was remains unclear precisely what Saugy's role was

Former Moscow Laboratory director Grigory Rodchenkov claims doping samples from Sochi 2014 were switched for clean ones in a clandestine dead-of-night operation, which was so effective it ran "like a Swiss Watch".

An ongoing WADA investigation into these allegations is due to be completed by July 15.

Saugy has also been accused of having provided disgraced cyclist Lance Armstrong with “the key” to beating the test for erythropoietin (EPO) in 2002.

Saugy denies these allegations, but has admitted to meeting with Armstrong and US Postal Service team manager Johan Bruyneel in 2001 to explain how the EPO test worked a year after the American returned a "suspect sample" at the Tour de Suisse, which had been tested in Lausanne.

Armstrong admitted to doping in 2012 and has been stripped of his seven Tour de France titles, won between 1999 and 2005.

It is not clear if Saugy's departure from his director post is linked to all these allegations or if it was a planned stepping-down.

His new role appears significant, however.

It appears to be still based at the Centre Hospitalier Uinversitaire Vaudois.

The Center for Research and Expertise in anti-Doping sciences (REDs) was convened on May 25 and, according to a message posted by Saugy on its website, is "emerging as an international reference center to be able to perform independent research and provide expertise with a multidisciplinary and innovative approach in anti-doping sciences".

Its roles include "intervening at the Court of Arbitration to Sport (CAS) as independent accredited experts", and assisting "Olympic Games Organisation Committees and Local Organising Committees for major international competitions".

It is therefore possible he could be involved at Rio 2016, where independent adjudicators selected by CAS will assume control from the IOC of all anti-doping decisions, including handing out sanctions.

A WADA spokesperson confirmed that the laboratory director role changed on June 1.

Saugy has not responded to insidethegames' requests for more information on his new role.

insidethegames has also contacted CAS for information on their independent adjudicators at Rio 2016.