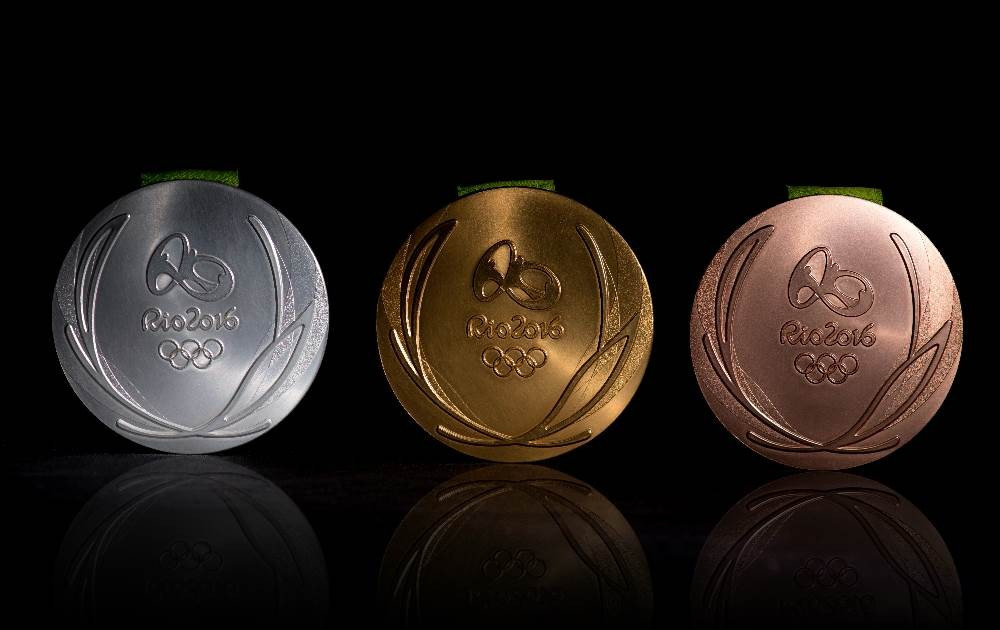 Medal designs for the Olympic and Paralympic Games have been unveiled today in a special ceremony in Rio de Janeiro.

Olympic champions will receive special gold medals extracted without the use of mercury according to strict sustainability criteria, from the "initial mining all the way through to the design of the end product"

Silver and bronze medals have been produced using 30 per cent recycled materials.

Half of the plastic in the ribbons which will be used to hang the medals around athletes’ necks comes from recycled plastic bottles, with rounded cases holding the medals made from special freijó wood,

Paralympic Games medals have a tiny device inside which makes a different noise when the medal is shaken, allowing visually impaired athletes to know if they are gold, silver or bronze.

Podiums and uniforms to be worn by presenters have also been unveiled.

It comes as International Olympic Committee (IOC) head Thomas Bach makes his first visit to Brazil this year, during which he met with the host nation's interim President, Michel Temer.

It marked the first face-to-face meeting between the pair since Temer replaced the suspended Dilma Rousseff last month, although they have spoken on the phone.

The duo will have had much to discuss, with concerns still surrounding transport, security and venue construction in Rio as well as the lingering threat of Zika virus.

Political instability is another risk, particularly as the impeachment trial against Rousseff could end either during or immediately before the start of the Games on August 5.

"I had a friendly meeting with President Temer," said Bach today.

"I am happy with their unconditional commitment to the success of the Games.

"The Brazilians and the IOC are interested in having great Games.

"We're in the same boat as them and an atmosphere of mutual commitment was reflected in our meeting."

Bach claimed that the Games are a "moment of unity" and that political issues should not interfere with a celebration of sport.

Bach also met with Brazilian students during a tour of venues today.