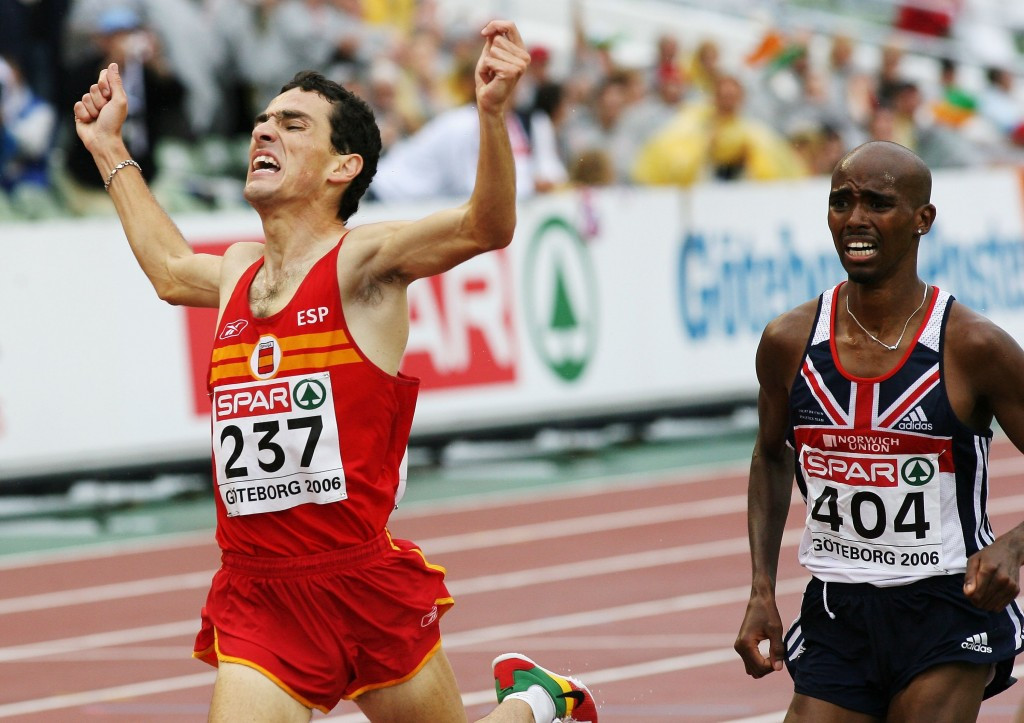 Spanish athletics star Jesús España has launched a petition to request the Provincial Court of Madrid to rule in favour of transferring bags of blood and plasma at the centre of the anti-doping case known as "Operation Puerto" to anti-doping authorities.

España, who beat Britain's Mo Farah in a sprint finish to claim 5,000 metres gold at the 2006 European Athletics Championships in Gothenburg, created the petition with a group of fellow athletes to "ensure the truth about doping in Spain is known".

The case began in 2006 after over 200 frozen bags of blood and plasma were seized by police following a raid on the clinic of Spanish doctor Eufemiano Fuentes in Madrid.

Fuentes was found to have found to have provided blood doping to several of the world's leading cyclists but received a one-year suspended sentence for endangering public health for the way he performed blood extractions and transfusions, with doping not considered an offence in Spain at the time.

Judge Julia Patricia Santamaria ruled the blood bags and other evidence would be destroyed rather than handed over to anti-doping authorities at the completion of the trial.

The World Anti-Doping Agency (WADA), the International Cycling Union (UCI), the Italian Olympic Committee (CONI) and the Spanish Cycling Federation were among those to appeal the decision.

The UCI and the WADA wanted to examine the bags and attempt to find out which athletes had been doped by Fuentes.

Only a small number of cyclists involved have been outed, with top players from tennis, football and other high profile sports also alleged to have been a part of the doping ring.

España has launched the petition, which currently has 1,794 signatures and can be found here, in a bid to support efforts to have the bags of blood transferred to anti-doping authorities.

The petition will be delivered to the Provincial Court of Madrid, with the date of their verdict currently unknown.

“This is the only way to use all the seized evidence and that the true facts are not destroyed: more than 200 bags of blood, drugs and prohibited substances, doping planning documentation,” España wrote.

“It is necessary that the Spanish society and the Spanish athletes know the truth and to preserve the integrity of Spanish sport.

“The clean athletes deserve respect and fans deserve not to be deceived or defrauded.

“I have over 15 years doing high-level athletics and there is no greater pride than to know that the successes we have achieved have been fruit of overcoming, effort and respect for all, without guile.

“I invite you to join this campaign for a clean sport, to combat fraud and corruption in sport and because the Spanish fans can continue to live exciting moments with the real success of the great Spanish sportsmen.”

Enrique Gómez Bastida, director of the Spanish Anti-Doping Agency (AEPSAD), admitted earlier this year that even if the blood bags were handed over to the authorities that sanctions against athletes would prove difficult.

The difficulty of obtaining DNA from those involved and the time elapsed between the start of the case and its conclusion are seen as key issues which could prevent sanctions.

Operation Puerto has continued to prove detrimental to Spain’s sporting image, with the initial case proving detrimental to Madrid’s bid for the 2020 Olympic and Paralympic Games.

It contributed to them being eliminated in the first round of voting at the 125th International Olympic Committee (IOC) Session in Buenos Aires two years ago after losing a runoff against Istanbul.