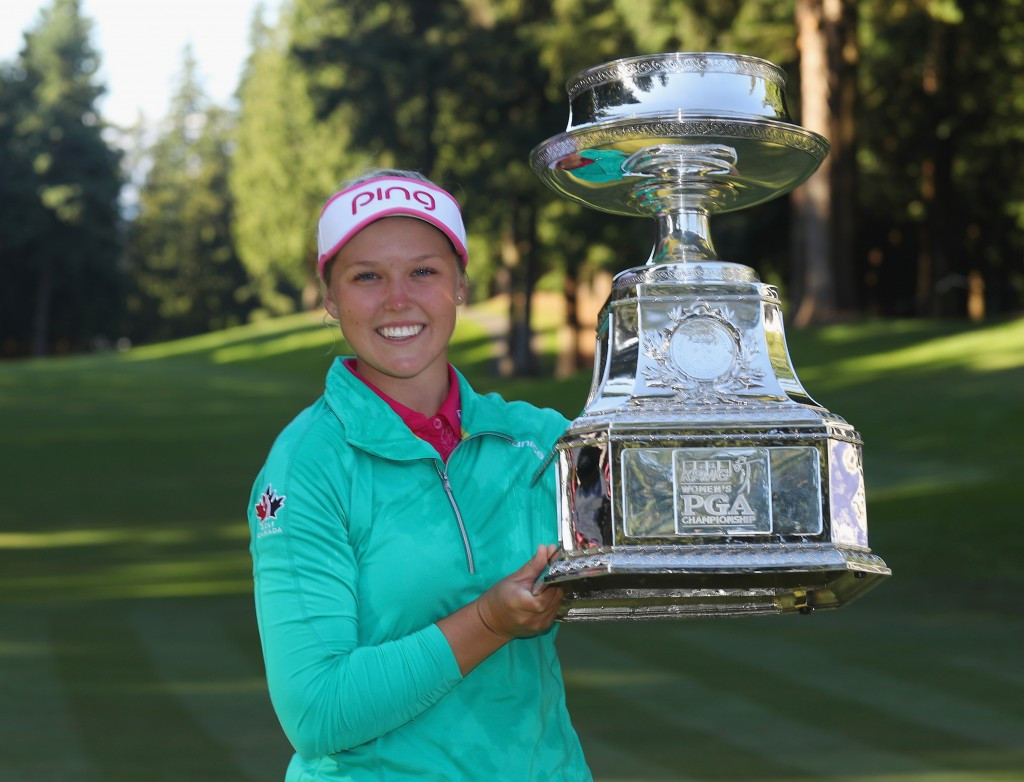 Henderson holed a three-foot birdie putt at the first extra hole, the par-four 18th, to become the second-youngest woman to win a major after New Zealander Ko.

Aged 18 years and nine months, she is five months older than Ko was when she won last year’s Evian Championship.

Having also won the ANA Inspiration in April, Ko was seeking to win her third consecutive major championship.

She led by one shot overnight at Washington’s Sahalee Country Club and continued to be in front for the majority of the final round before Henderson made a late charge.

Henderson rattled in two long putts in the final two holes to card a six-under 65 and tie with Ko at a six-under score of 278.

She then held her nerve in the play-off to become just the second Canadian to win a women's major after Sandra Post, who won the 1968 Women's PGA Championship.

The teenager led after the opening day of the competition, after her first round included a hole-in-one.

Ko had taken the lead after day three yesterday.

"It was a pretty good day for me," Henderson said after sealing her second victory on the Ladies Professional Golf Association (LPGA) Tour.

"I really didn't feel a ton of pressure or a ton of nerves, which I think is the key to shooting six-under in the final round and then being able to play a play-off."

Ko was followed in the final standings by Thailand's Ariya Jutanugarn, who posted a final-round 66 to finish five-under-par.

Jutanugarn had been aiming to secure a fourth-straight victory but had to settle for third spot ahead of South Korean trio Park Hee-young, Ryu So-yeon and Mirim Lee in a tie for fourth on two-under.

Amy Yang, also of South Korea, was the only other player to finish under par on one-under.