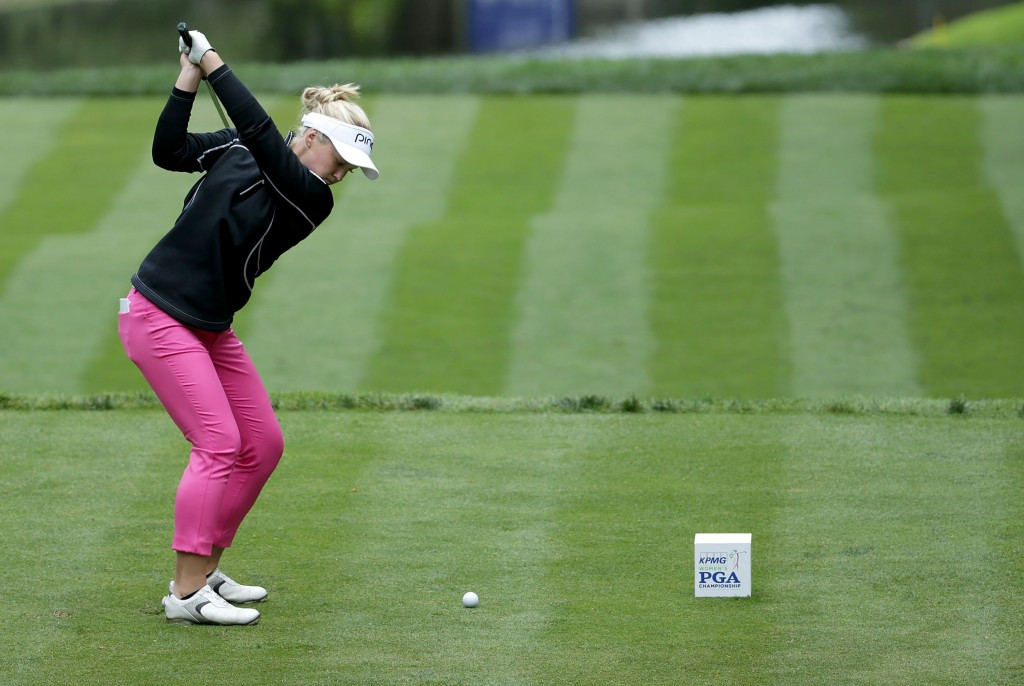 Eighteen-year-old Brooke Henderson hit a hole-in-one as she opened up a two shot lead after day one of the KPMG Women’s PGA Championship.

The Canadian world number four saw her tee shot sink at the 152 yard par three 13th, as the second women's major of the year began at Washington's Sahalee Country Club.

She carded four-under-par to lead American Christina Kim and South Korea's In-Kyung Kim who both sit on two-under.

The 19-year-old won the ANA Inspiration in April after clinching The Evian Championship title in September.

The Canadian's achievement meant that she won a new Kia K900 car.

"Yeah it was a pretty good day today," said Henderson, who finished fifth at the PGA Championship last year.

"The hole-in-one was awesome.

“I pulled my shot a little bit, caught the left apron and followed right into the hole.

"It’s my fourth one and it was four-under today, so it was a good set.”

Henderson won her first event on the PGA Tour in August of 2015 at Columbia Edgewater Country Club in Portland.

She is hoping a similar layout at Sahalee will benefit her and is also banking on a strong finish over the weekend.

"A lot of my top tens have come on Saturday and Sunday, so to start off today with a pretty good round, I kind of was feeding off the energy I had last year at KPMG," she said.

"I started off with a six-under round, so I was hoping to do the same thing.”