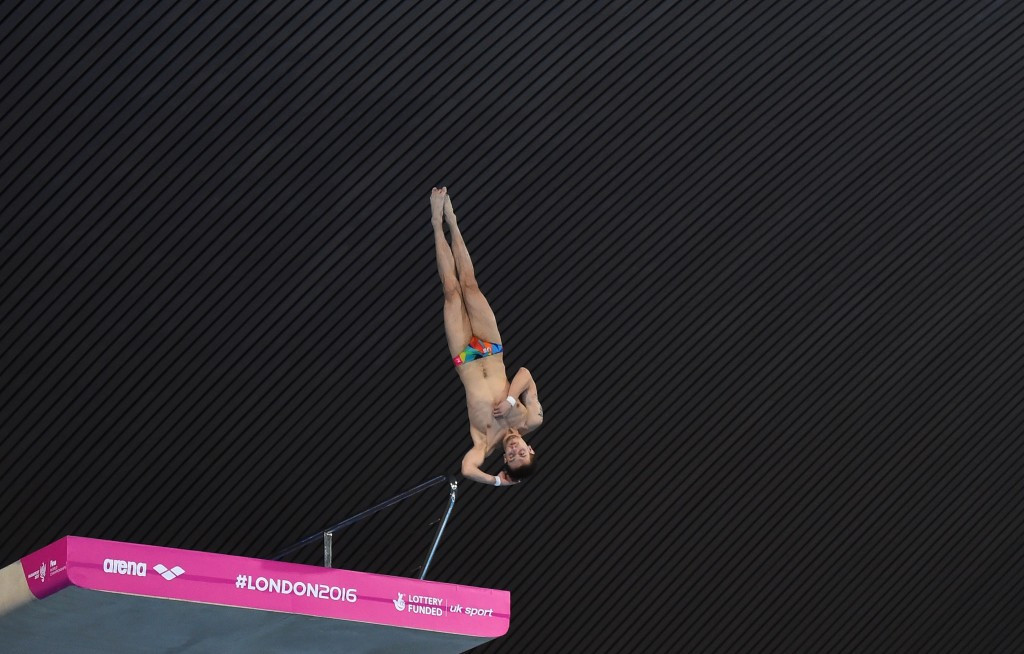 Their pairing of Viktor Minibaev and Nadezhda Bazhina headed into the team diving competition as the two-time defending champions, having triumphed back in 2014 in Berlin and 2015 at Rostock.

Ukraine’s Iuliia Prokopchuk and Oleksandr Gorshkovozov looked on course to spring a surprise after leading after the first of three rounds of competition, with their individual dives giving them a combined score of 99.00.

The Russians, who had achieved a first round total of 98.00, proved unfazed by their rivals' challenge though as they responded with two strong dives to take a 13 point lead, ahead of the final round.

Bazhina rounded off her set of dives with a reverse two and a half somersault in pike positions, with her resulting score of 66.00 effectively assuring the defending champions of a third straight title.

Her team-mate Minibaev ensured the competition would end in style, as he was awarded 102.60, the top score of the night with his final dive.

It gave the Russians a final total of 413.30 and a clear margin of victory over the silver medallists Ukraine, who ended on 396.40.

The host nation were also able to celebrate success as Georgia Ward and Matthew Lee claimed the bronze medal for Britain, with the latter’s outstanding second dive helping them to a total score of 353.85.

Russia also delivered a typically dominant performance in the synchronised swimming team technical competition to justify their pre-event billing as the favourites to earn gold.

Their 10-member team, performing to music by Safri Duo, produced a complex routine with aplomb to earn the highest scores for execution, impression and elements.

It meant that the Russians, who have won the team technical event at the past five International Swimming Federation (FINA) World Championships, finished with a winning score of 94.0994.

The victory continued to confirm their superiority in the pool ahead of Rio 2016, where they will look to continue their record of having won every synchronised swimming Olympic gold since Sydney 2000.

Ukraine proved to be their nearest challengers and were the only other team to finish with a score of over 90, as they ended the competition on 92.0844 to win silver.

The podium positions were completed by Italy, who scored 88.9053.