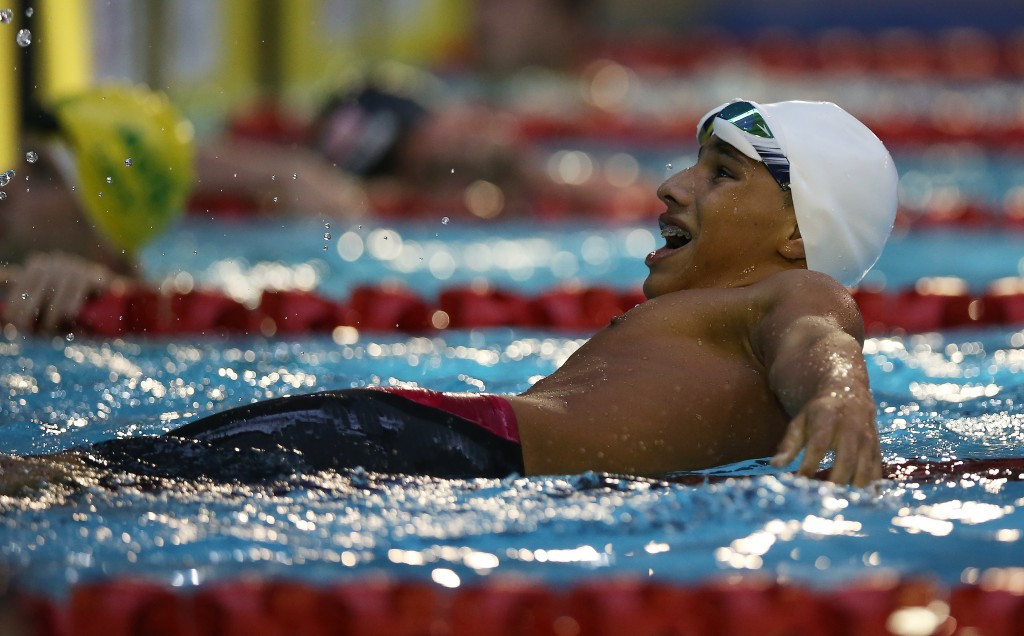 Colombian teenager Carlos Daniel Serrano Zárate has been named the International Paralympic Committee (IPC) Athlete of the Month for April after breaking his own world record en route to winning the men’s 100 metres breaststroke SB7 title at the swimming test event for this year's Paralympic Games in Rio de Janeiro.

Zárate, 17, posted a time of 1min 14.72sec at the Olympic Aquatics Stadium to better the 1:15.62 he set in Mexican city Mérida last November.

Second-placed Tomotaro Nakamura of Japan was nearly 10 seconds behind in 1:24.58, while the United States' Rudy Garcia-Tolson came third in 1:25.30.

Zárate received 46 per cent of the public votes, and was followed in the pecking order by South African equestrian rider Philippa Johnson-Dwyer and British swimmer Ellie Simmonds with 32 per cent and 12 per cent respectively.

Johnson-Dwyer won all three of her grade III events - team test, individual and freestyle - in Deauville in France, where the first major international competition of the year was held.

She followed that up with another sweep at the Quadrille competition in Waregem in Belgium.

At the British Para-Swimming International Meet, Simmonds clocked a time 5:18.69 in the women’s 400m freestyle, knocking a second off her previous world record mark set at the London 2012 Paralympic Games.

It came after she had lost that race for the first time in seven years at the 2015 World Championships in Glasgow.

Also nominated were Maxime Guerin, who secured a fourth qualifying spot for France at the Rio 2016 Paralympic Games by winning the men’s recurve open at the 2016 European Para-Archery Championships, and Swiss wheelchair racer Marcel Hug, the winner of the Boston Marathon and London Marathon men’s titles in the space of six days.

The nominations were compiled from submissions by National Paralympic Committees and International Federations.