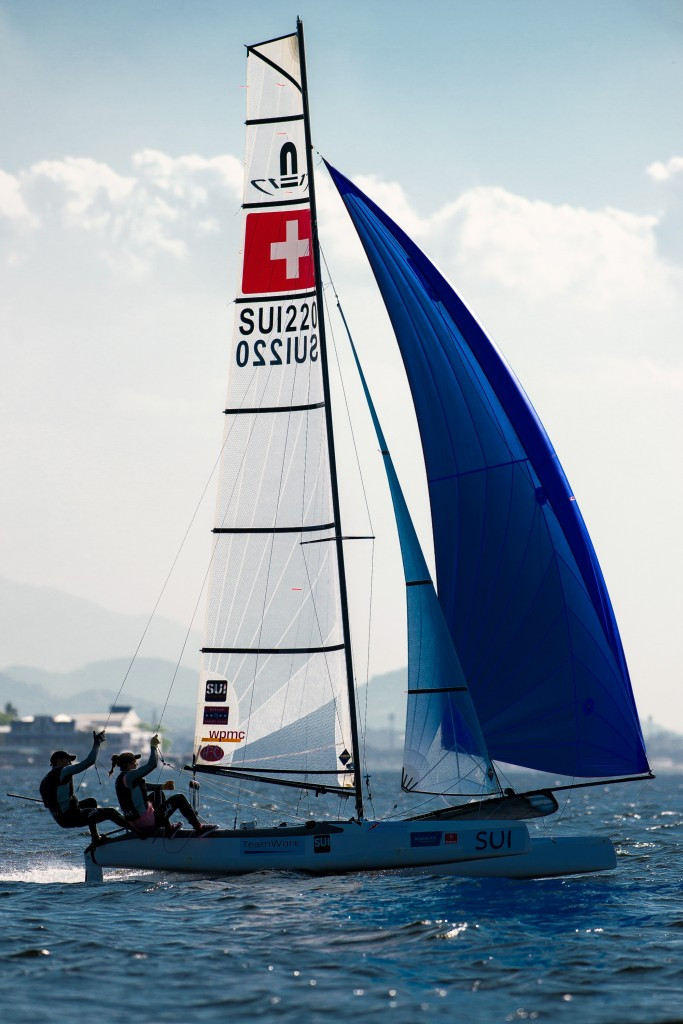 Nathalie Brugger and Matias Bühler are targeting a medal in the Nacra 17 class after being named in Switzerland's seven strong sailing team for the Rio 2016 Olympic Games.

The duo joined forces to compete in the discipline back in 2013, with Brugger set to compete at the Olympic Games for the third time in her career.

She made her Olympic debut at Beijing 2008 in the laser radial class, but finished outside the medal positions in sixth.

Brugger was unable to better that display at London 2012, where she finished in 14th.

Having teamed up with Bühler, who coached Argentina to bronze in the tornado event in Beijing, the pair finished third at the 2013 World Championships.

The pair will be hopeful of replicating that feat in Rio, after Switzerland's Chef de Mission Ralph Stöckli and Swiss Olympic President Jörg Schild approved the selections of the Swiss Sailing Team.

Yannik Brauchli and Romuald Hausser will again represent the landlocked country in the men’s 470 class, after finishing 16th on their Olympic debut at London 2012.

Spanish-born sailor Mateo Sanz Lanz has been selected to compete in the men’s RS:X event at the Games.

Their sailing team is completed by Linda Fahrni and Maja Siegenthaler, who will compete in the women’s 470 discipline.

The naming of the team takes the total number of Swiss athletes selected for the Olympic Games to 27, with further competitors due to be announced in the coming weeks.

The full selection will be revealed on July 18.