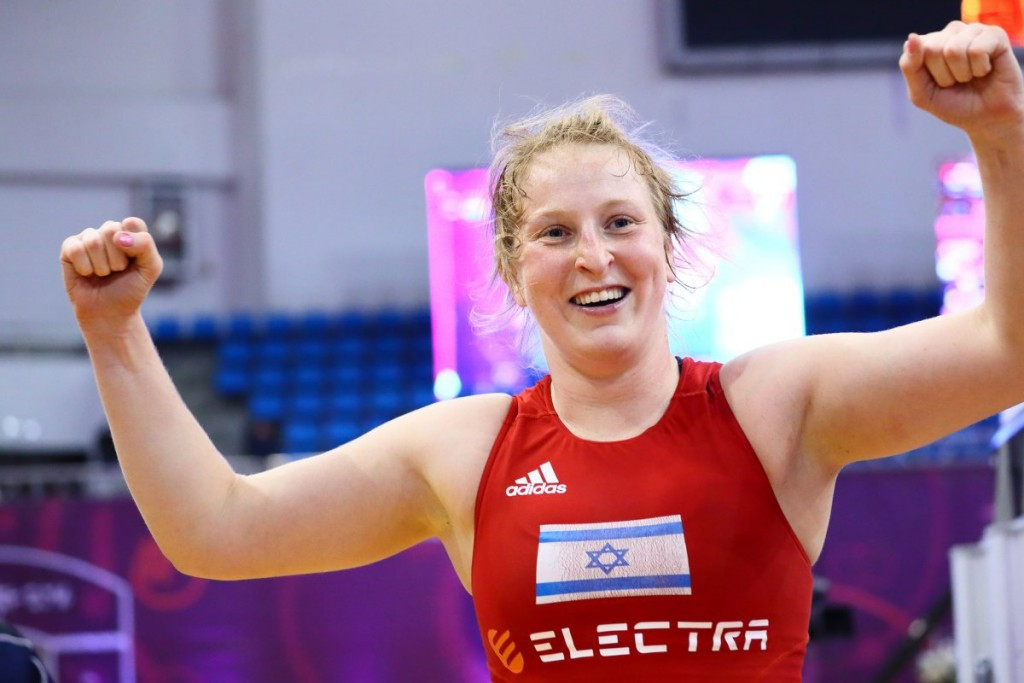 Ilana Kratysh has become the first-ever female wrestler from Israel to qualify for the Olympic Games.

Kratysh, defeated at the European qualifier last week in Zrenjanin in Serbia, took full advantage of her second opportunity at securing an Olympic place as she overcame Tamyra Mensah of the United States 6-5 in the last four.

The other spot in the category went to Maria Acosta Acosta of Venezuela, who beat Evgenia Andreichenko of Belarus 6-2 in the other semi-final.

The event at the Sport Buyant Ukhaa Complex is one of two World Tournaments scheduled to be held prior to the Olympics - and offer wrestlers who have not yet secured their places another chance.

In Ulaanbaatar, the top three wrestlers in freestyle and Greco-Roman as well as the two finalists in the women’s events will claim Rio 2016 places for their countries.

Hungary picked up two quota places on the second day of the competition as world champion Marianna Sastin comfortably defeated Koumba Larroque of France 3-0 at 63kg.

Zsanett Nemeth then followed suit in the 75kg event, proving  too strong for Anna Schell of Germany by picking up a slender 4-2 win.

France's Cynthia Vescan also qualified a quota place for her country in the same weight class with an 8-5 success over Ekaterina Bukina of Russia.

The US also sealed two spots at this year’s Olympics thanks to Helen Maroulis and Haley Augello.

Maroulis clinched victory by fall in her 53kg semi-final clash with World Under-23 Championships runner-up Liliya Horishna of Ukraine, while Augello stormed to a commanding triumph over Maria Livach of Turkey by technical fall at 48kg.

Maria Prevoloraki of Greece earned the other spot in the 53kg competition by beating European under-23 champion Natalya Malysheva of Russia 6-5.

North Korea’s Kim Hyon-Gyong was the recipient of the second 48kg quota slot, cruising to a 6-0 victory against Anna Lukasiak of Poland.

The two available spots at 58kg went to Germany’s Luisa Niemesch and Lissette Antes Castillo of Cuba as they came out on top of their contests against Russian Natalya Golts and Mariana Cherdivara-Esanu of Moldova.