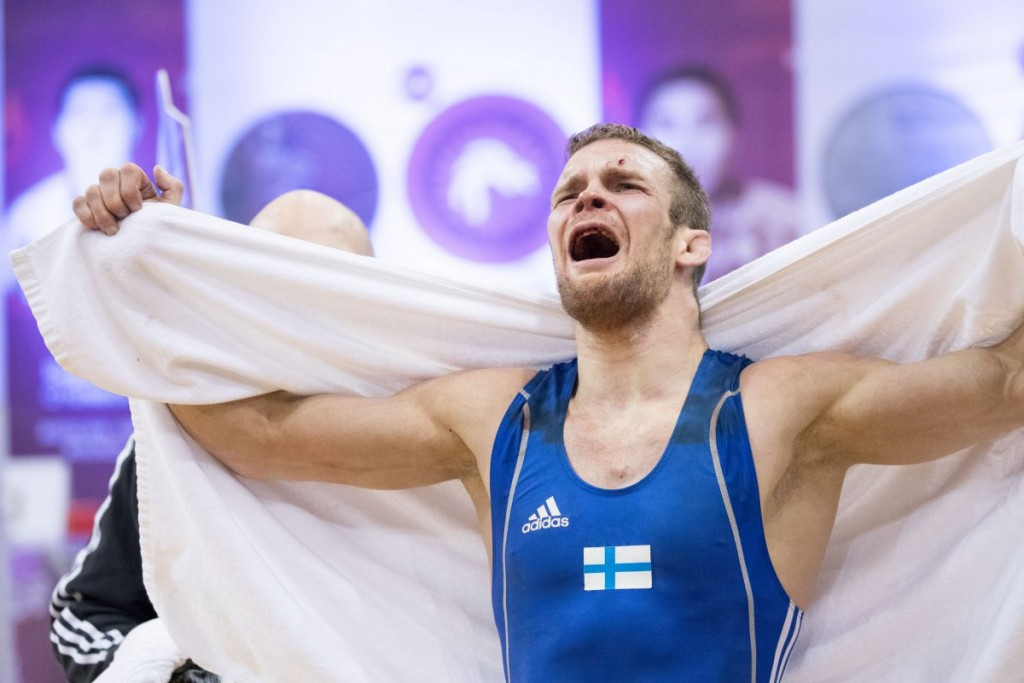 Sweden and Uzbekistan took advantage of the bronze medal playoffs at the United World Wrestling (UWW) World Olympic Games Qualifying Tournament in Mongolian capital Ulaanbaatar as they each secured a pair of Rio 2016 berths.

The event at the Sport Buyant Ukhaa Complex is one of two World Tournaments scheduled to be held prior to the Games - and offer wrestlers who have not yet secured their places another chance.

In Ulaanbaatar, the top three wrestlers in freestyle and Greco-Roman as well as the two finalists in the women’s events will secure Rio 2016 berths for their countries.

Junior world bronze medallist Zakarias Berg and Fredrik Schoen held on throughout closely-fought matches for wins at 85 kilograms and 98kg respectively, to earn the first Olympic spots in Greco-Roman for Sweden.

Berg dropped Austria’s Amer Hrustanovic to his back as they tumbled out of bounds in their playoff match for a 6-2 victory at 85kg.

They will be joined at Rio 2016 by compatriot Soslan Daurov, who qualified at last September’s World Championships in Las Vegas with a fifth-place finish.

Earlier, 2014 world bronze medallist Stig Andre Berge became the first member of Norway’s Rio 2016 team when he won in the semi-finals at 59kg.

Edgaras Venckaitis became the first to qualify Lithuania in wrestling with a playoff triumph at 66kg.

In the morning session, Hungary’s Peter Bacsi won the battle of 2014 world champions, beating Armenia’s Arsen Julfalakyan 7-0 to launch his drive to the 75kg finals and a trip to his third Olympic Games.

Julfalakyan, a silver medallist at London 2012, stormed back through repechage, defeating 80kg European champion Pascal Eisele of Germany for his third ticket to the Olympic Games.

London 2012 gold medallist Hamid Soryan of Iran tumbled out of the competition at 59kg in the round of 16, while 2013 world champion Ivo Angelov of Bulgaria was eliminated in the quarter-finals by eventual winner Kim Seung-Hak of South Korea.

The second world tournament in Istanbul is due to be held between May 6 and 8.