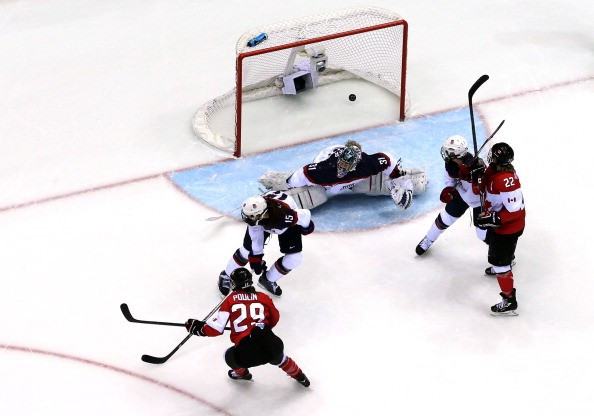 A decision by the International Olympic Committee (IOC) not to pay transportation or insurance costs for National Hockey League (NHL) players to participate at Pyeongchang 2018 has left a "difficult financial situation", the head of the sport's world governing body has admitted.

The IOC have contributed to costs for all five Olympic Games NHL players have participated in ever since they first appeared at Nagano in 1998.

They have now changed their stance, however, meaning there is far more pressure on the International Ice Hockey Federation (IIHF) and the NHL to shoulder the financial burden.

“The IOC took the decision not to pay transportation and insurance costs for NHL and NHL players to come to the next Olympic Games," IIHF President René Fasel, who has led the body since 1994, told insidethegames during the SportAccord Convention.

"We had a meeting with the NHL last week and the prognosis is not really good.

"Our wish is to have the best players.

"[But the IOC] not covering the cost as they did at the last five Olympic Games puts us in a difficult financial situation.

"We still have challenges - it is even more difficult than before."

This comes alongside around $18 million (£12.5 million/€16 million) contributed by the IIHF for Sochi.

Fasel is confident they can reduce the transportation and insurance costs for Pyeongchang 2018, and estimates the total figure will come to around $10 million (£7 million/€9 million) this time around.

This is not easy, however, due to the long journey and time difference from North America to South Korea as well as the risk of injury at a crucial point in the season.

It is not possible for all players to travel on one plane to the Olympics, for instance, due to security concerns.

Part of the reason for the IOC decision is thought to relate to a worry that professional bodies in other sports will seek similar financial support, including in tennis, basketball, golf and, potentially, baseball should it be added to the Olympic programme for Tokyo 2020.

Fasel, who is standing down from the IOC Executive Board later this year after serving the maximum two four-year terms, claims to understand why the IOC have made their decision.

He believes, however, the situation in ice hockey is unique and incomparable, pointing out that no other league has to halt its season for the Games.

“We are the only winter team sport," Fasel told insidethegames.

"The NHL has to shut down the league for nearly three weeks which is huge in February.

"There is also a risk of injuries.

"The good point is that the players want to come, they want to be part of the Olympics, so we are trying to find solutions.

It would be a major blow for the Olympics if players from the world's best known league were not present.

Time does remain to reach a deal.

An agreement for Sochi 2014 was reached just seven months before the Opening Ceremony.

Christophe Dubi, the IOC's Executive Director for the Olympic Games, claimed in response to a question about the cost sharing in February that it is in the "best interests of all parties that the players come".

"At present what is being discussed, is the practical implementation of these [transportation and insurance] measures," he told insidethegames during the the Winter Youth Olympic Games in Lillehammer.

The NHL is also thought to be less keen to compete in Pyeongchang in comparison with the 2022 Olympics Beijing due to the greater commercial possibilities in China.

Fasel warned them earlier this year that they cannot "pick and choose" between Olympics.