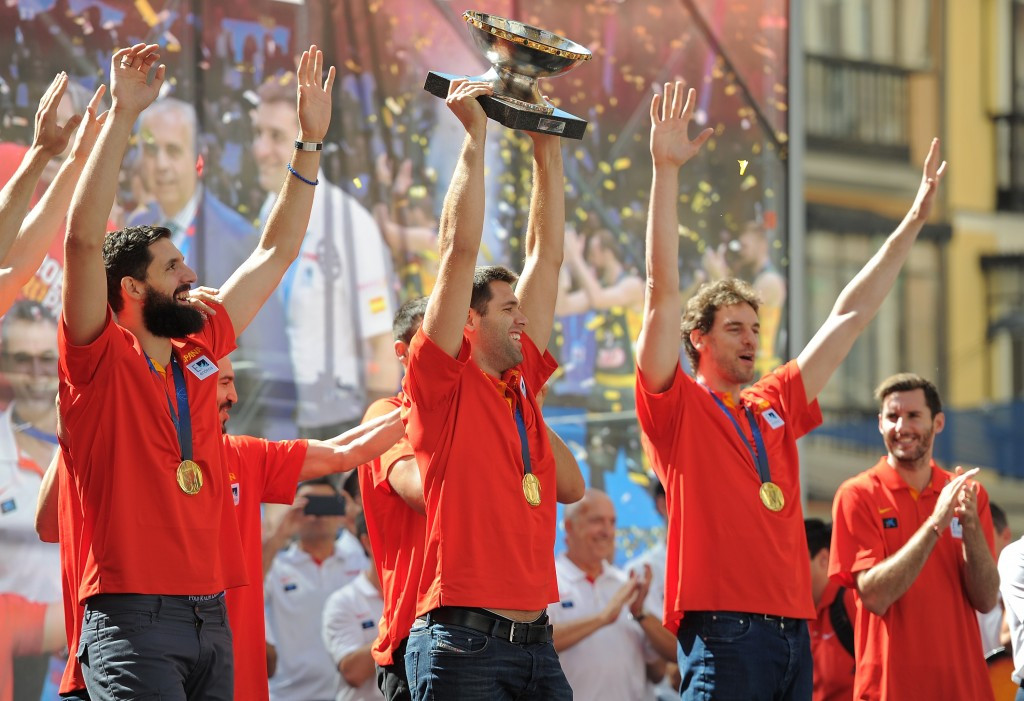 Eight countries have been thrown out of EuroBasket 2017 by the Board of the International Basketball Federation (FIBA) Europe while Olympic qualifiers face losing their spots at Rio 2016.

The governing body has sent letters to 14 countries warning them about their association with the un-sanctioned Euroleague - currently the continent's premier club competition.

FIBA Europe's board decided in March that any Federation that backed the Euroleague - run by Euroleague Commercial Assets (ECA) - would automatically lose the right to participate in senior men's national team competitions.

Out of the 14 countries to fall into this bracket eight - Bosnia & Herzegovina, Croatia, Macedonia, Montenegro, Russia, Serbia, Slovenia and Spain - have leagues or clubs which have entered into an agreement with the ECA, it has now been confirmed.

They have all "lost their right to participate in the upcoming FIBA EuroBasket 2017", a FIBA statement confirmed to insidethegames.

All eight have, however, been given until April 20 to provide proof that the agreements are not in place or they will not be implemented.

The remaining six countries in the 14, Greece, Israel, Italy, Lithuania, Poland and Turkey, have received letters drawing their attention to "recent reports and public statements" which suggest that one or more of their clubs may have entered into an agreement with ECA.

They have been invited to submit their position before April 20 in order to avoid a possible ban, with qualifying for EuroBasket 2017 beginning in August.

Spain, as the defending champions and Olympic silver medallists, will be the biggest absentees from the competition but the disqualification of so many major countries would surely devalue the tournament.

Another interesting factor is that Israel and Turkey are two of the planned host countries for the 2017 EuroBasket, along with Finland and Romania.

The Spanish and Lithuania, meanwhile, have already booked their place at Rio 2016 but could face further bad news as FIBA's Executive Committee is due to meet on April 23 and 24 to "discuss the possibility of taking decisions in relation to worldwide events, e.g. the Olympic Qualifying Tournaments and the Olympic Games; FIBA Basketball World Cup".

Serbia, Turkey, Greece, Italy and Croatia are all hoping to reach Rio as they are due to play in the Olympic qualification tournaments in July.

In a further complexity two of the tournaments are due to be played in Serbia and Italy, with reports suggesting that Germany have been asked to step in as a potential replacement host for one of the events.

FIBA has attempted to wrestle back control and launched a new Champions League last month.

It appears that countries will have to commit to the FIBA event to avoid sanctions, with the governing body complaining about the ECA to the European Commission (EC) in March.

It came after the ECA took FIBA and FIBA Europe to the EC in February of this year.

They had complained the sport’s governing body and its Europe division had "violated European Union competition law" by pressing ahead with the Champions League.

FIBA claim the ECA’s own complaint was a “smokescreen to mask its own competitive behaviour” and have accused the organisation of exerting unfair pressure on leagues and clubs.

They also allege the ECA are “destroying any commercial and sporting value of domestic leagues and undermining the competitive balance in European basketball” by choosing the clubs they want to participate in the competition.

"In essence, ECA wishes to reap the benefits of the basketball ecosystem developed by National Federations (players, coaches, referees, thousands of other clubs) without contributing to the foundations of the sport’s pyramid and holding the national teams hostage to serve the interests of six commercially powerful clubs,” a FIBA statement said.