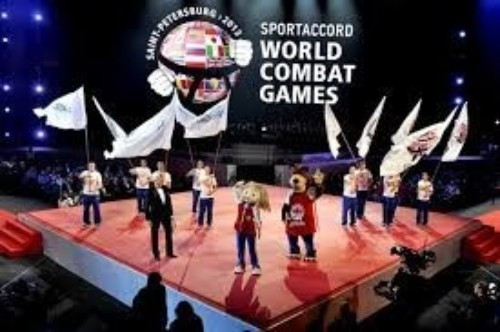 A Working Group is to be set-up in the next two months to consider the future path of the World Combat Games following a meeting in which the concept of the multisport event was discussed today.

All 16 members attended the meeting during the SportAccord Convention, chaired by International Federation of Muaythai Amateur Stephan Fox.

First held in 2010 in Beijing, the SportAccord-organised World Combat Games consisted of six Olympic and 10 non-Olympic sports, with a second edition held in St Petersburg and a third awarded to Lima for 2017.

Following the controversy which erupted after former SportAccord head Marius Vizer criticised the IOC and its President Thomas Bach during last year's Convention, the Peruvian capital withdrew its hosting rights.

It followed boxing, taekwondo and wrestling announcing they were withdrawing from the event and with fencing and weightlifting poised to follow suit.

A meeting was then held during November's International Federations (IF) Forum, in which Kazakhstan, Bangkok
and Kuala Lumpur were all revealed as having expressed interest in hosting the event in 2018 or 2022.

Little progress has been made since, however, and today's meeting appears partly a step back, with organisers now more keen to ascertain what they want from the event before confirming a host city.

insidethegames understands that while it appears likely they could land a host for 2018, most probably in Kazakhstan, they would prefer to guarantee the long-term future of the quadrennial event rather than hold it once more and then face similar problems again.

A President from one of the Olympic representatives will replace Fox in the leadership role, it is hoped.

Only non-Olympic disciplines will be showcased, it is hoped, with the presence of McConnell and Mann today showing how they are keen to only press ahead with IOC support.

This raises challenges as to how to incorporate some of the ASOIF members.

Mixed team events could be launched, as well as alternative disciplines like belt wrestling and poomsae taekwondo.

Improving the organisational and business structure is also seen as key following problems raised during the 2013 edition.

Vizer, still President of the International Judo Federation, was not present but is thought to still support the project.