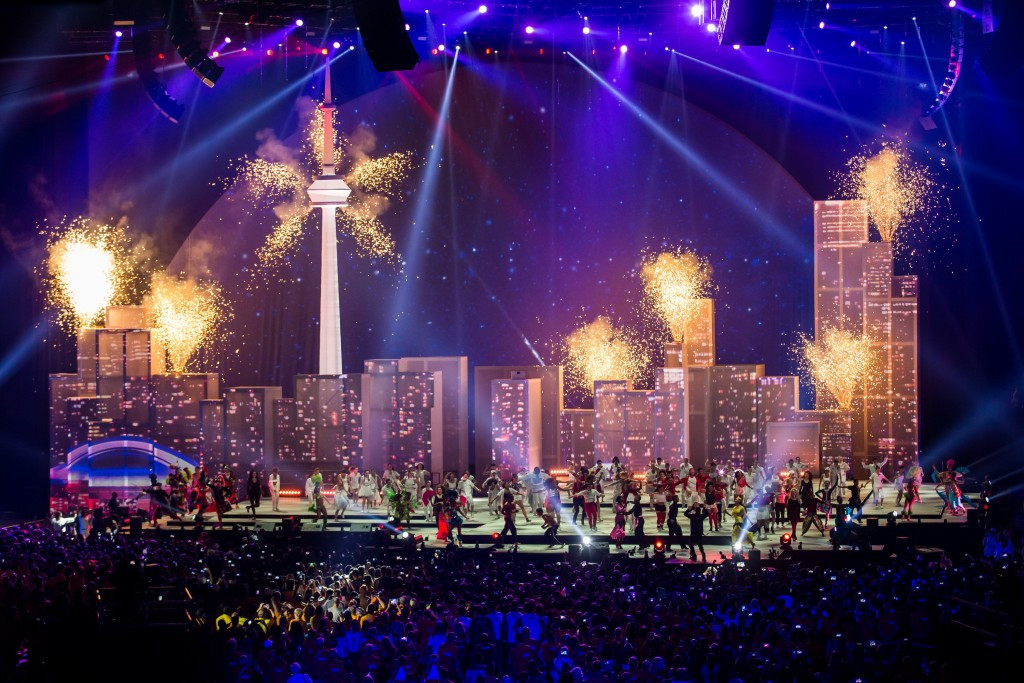 BaAM Productions have been named as the winners in the Best Entertainment Production category at the Canadian Event Industry Awards, for their work on the Toronto 2015 Pan American Games closing ceremony.

Billed as the “pinnacle mark of professional achievement and one of the highest honours among Canadian event professionals”, BaAM saw off competition from five other contenders to win the honour at the awards gala.

The Toronto-based company worked as the ceremony producer and worked in partnership with American firm FiveCurrents to produce an entertainment spectacle, which brought an end to the Games held between July 10 and 26.

Held at the 45,000-capacity Rogers Centre, home to the Toronto Blue Jays baseball team, the ceremony featured the Parade of Nations and recognition of athletes’ performances at the Games.

West ended his act in controversial fashion by throwing his microphone into the air and walking off stage.

BaAM claimed that the production was aimed at harnessing the energy and passion of the Games, with the creative segments and star acts at the finale bringing athletes, officials, volunteers and spectators together.

The ceremony was based upon the theme of “Unity through Diversity”.

BaAM President, Annemarie Roe, claimed that the Games had been an “incredible opportunity” for BaAM and the best of the Canadian event industry to shine.

Nasco Staffing Solutions, Cantrav Services, Hala Events & Communications, MYX Group and Senik were the other nominees in the category.

Peru’s capital city Lima will stage the next edition of the Pan American Games in 2019.