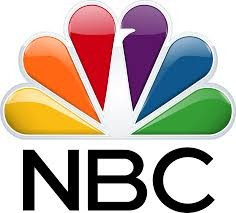 According to the broadcaster, the figure includes sales of national broadcast, cable and digital adverts during the Games, due to take place from August 5 to 21 in the Brazilian city.

Prime-time slots remain available during the coverage and NBC are expecting this summer’s event to produce the highest advertising sales figures of any Olympic Games.

This comes as companies cash in on the favourable time difference between Brazil and the United States as some of the key competitions will be broadcast during prime American television time.

Rio de Janeiro will only be one hour ahead of United States’ East Coast, including New York City, meaning far more events will be streamed live at prime time, thus further inflating numbers.

NBC has claimed the reaching of the $1 billion milestone for Rio 2016 has come four months quicker than for London 2012, where the target was hit two days before the Opening Ceremony.

The Games in London four years ago were seen by 217 million viewers, making it the most watched television event in American history.

“The value of live, big-event programming is more important than ever to advertisers because of its ability to reach large audiences,” Seth Winter, NBC Sports Group executive vice-president of advertising sales, said.

“The Olympics’ ability to dominate prime time for 17 consecutive nights is unmatched.

“If brands want to reach viewers and their customers in the third quarter, they have to be in the Olympics.”

The American broadcaster had targeted a record sales figure for Rio 2016.

When local revenue from affiliates and owned-and-operated stations is considered, NBC brought in around $1.3 billion (£910 million/€1.2 billion) in advertising revenue from the London 2012 Games and are confident of a higher total this time around.

This is a basic figure which does not include production costs.

Digital sales are expected to be particularly high for Rio 2016 due to the growth in tablet and mobile usage over the last four years.