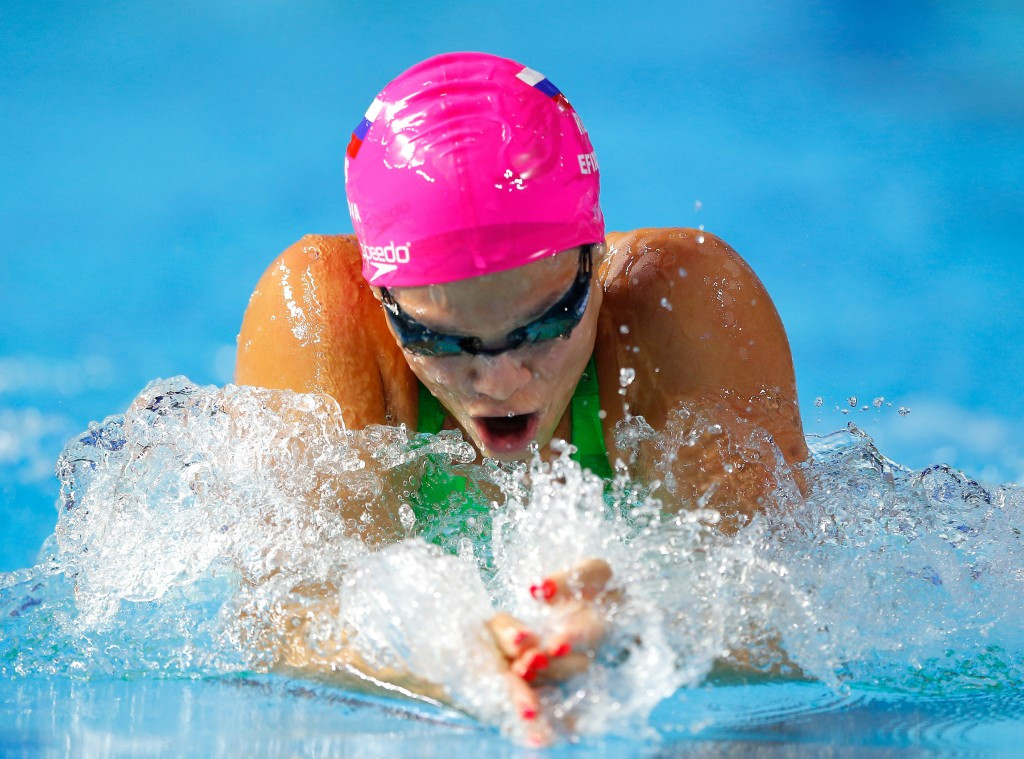 Four-time world swimming champion Yuliya Efimova has become the latest high profile Russian athlete to have failed a doping test for meldonium, it has been widely reported this evening.

Efimova, the 100 metres breaststroke champion at last year's home World Championships in Kazan, is Russia's leading swimmer, having also won a 50m world title in 2009 and the 50 and 200m double in 2013 in addition to a London 2012 Olympic bronze medal over 200m.

But the 23-year-old is already a controversial figure, having served a 16-month ban from the sport for a previous failure for banned prescription steroid DHEA in 2013.

She claimed to have inadvertently taken the steroid from a supplement she bought at a store in California, where she was training, and that a salesperson assured her the supplement was "doping-free", though DHEA was clearly listed as an ingredient on the label.

The Russian Swimming Federation is "aware" of her failure for meldonium, a source told the TASS news agency today.

If confirmed, she now faces a lengthy ban from the sport for a second doping offence.

Efimova has been based predominantly in the United States since 2011, like Maria Sharapova, the leading tennis player who failed a meldonium test at January's Australian Open.

Numerous other Russians have failed for meldonium in recent weeks after the product was added to the World Anti-Doping Agency banned list on January 1.

Over 100 athletes worldwide have now failed in total for meldonium.

At least one unnamed wrestler at the Nendingen club in German has also failed for the same substance today, it has been reported.