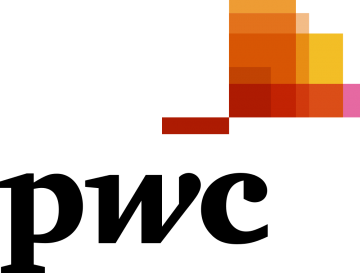 PricewaterhouseCoopers (PwC) Hungary are extending their role as a consultant for the Budapest 2024 Olympic and Paralympic bid, it will be announced today by the Hungarian Ministry of National Development.

The Hungarian-arm of the global financial services giants have been selected to deliver advisory services in consortium with two other consultancy companies: Switzerland-based Event Knowledge Services (EKS), and British-centred M-is.

Confirmation is due to be made today by the Ministry of National Development following an open Request for Proposal (RFP) process launched in December 2015, insidethegames has been told.

PwC Hungary have already carried out much preparatory work in the opening months of the Budapest bid, including an economic feasibility study and cost-based analysis of hosting the Olympic Games, as well as services in support of preparing the initial bid book to the International Olympic Committee (IOC).

The feasibility study found the city had a "realistic opportunity of winning and was capable of hosting a profitable Games", and helped the Hungarian Olympic Committee reach their decision to back the bid.

The phase of work announced today involves overall advisory services related to the bid, including supporting the preparation of all further bid materials, strategies and key events, as well as PR and communication campaigns.

All these services will be carried out in consortium with M-is, a marketing, communications, events, digital and creative company with Olympic bid support experience and EKS, the specialist consultancy headed by Australia's Craig McLatchey, who was present at October's Association of National Olympic Committees (ANOC) General Assembly in order to support the bid team.

McLatchey was part of the senior leadership team for Sydney 2000 and provided strategic support services for Athens 2004, Turin 2006, Beijing 2008, Vancouver 2010 and Rio 2016, as well as for other major events including Commonwealth, Asian and Pan American Games.

PwC claim to have a "long and successful history of conducting professional services projects to help the hosts of major sporting events such as the Olympic Games to be more effective in their planning and operations".

In recent years, they were heavily involved as Official Professional Services Provider of the Sochi 2014 Organising Committee, while also serving as Accounting Consultation Service Support Supplier for the Beijing bid which beat Almaty to be awarded the 2022 Winter Games last year.

"We are proud of the work we are doing to support the Budapest 2024 bid process," they added.

In addition to EKS, M-IS and PwC Hungary, Hungarian-based FŐMTERV Ltd is also listed as a fourth Budapest 2024 consultant on the IOC Consultants Register.

Budapest is currently locked in a four-horse race with Los Angeles, Paris and Rome for the right to host the Games.

A final choice is set to be made at the 2017 IOC Session in Lima.