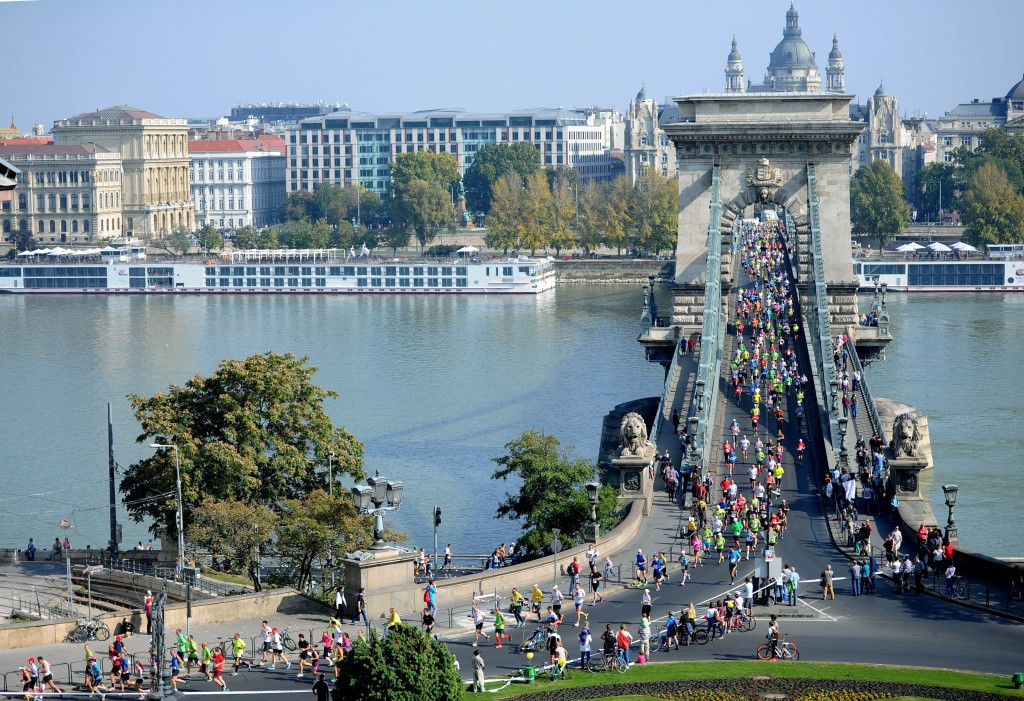 An Olympic games in Budapest in 2024 would mark a "new beginning" for both the city and Hungary, organisers have claimed today while submitting the first part of their candidature files to the International Olympic Committee (IOC).

Rival bidders Los Angeles, Paris and Rome all opted for star-studded events to reveal their bid documents ahead of today's deadline, and while the Hungarians have decided on a more low-key approach, they still display a clear passion to win the 2024 race in their 69-page document.

"The Budapest 2024 Olympic and Paralympic Games will mark a new beginning for Budapest and Hungary," the bid document, which focuses on "vision, concept and strategy", says.

"The pride of hosting the Games will invest the city and the nation with fresh confidence and purpose, propelling Budapest's renewal as a modern, dynamic city, confident and open to the world."

As with the bid documents of the other three cities, Budapest puts heavy emphasis on IOC President Thomas Bach's Olympic Agenda 2020 reforms, which call for sustainable, cost-effective Games which utilise existing venues and leave a lasting legacy.

Budapest has pledged to use current infrastructure for the long-term benefit of its people and says it will "reach out" to youngsters in the city.

Organisers also claim that they have the "right-sized" city to host in accordance with Agenda 2020, with Budapest the smallest of the four contenders.

"In accordance with the direction of Olympic Agenda 2020, Budapest serves as the template for an intimate and effective Games concept in a compact city that will allow a unique Games experience," the document states.

"Innovation, celebration and activation will complement a plan that perfectly aligns with the Budapest Sustainable Development Plan."

Mention is also made to the city's central European location with claims that it is easily accessible by air, road and rail.

Seven clusters and five stand-alone venues will be used, including a new 60,000-capacity stadium being built from scratch for athletics, although the bid would put particular focus on temporary venues.

The River Danube would be strongly utilised and the "compact" nature of the Games would allow five of the seven clusters to be reached easily by bike.

It is claimed that 90 per cent of Hungary's population would live within 90 minutes of a Games venue, with football taking place across the country and sailing pencilled in for Lake Balaton.

"The Games concept for Budapest is without peer in its ability to leverage the compactness of the country in its entirety," the bid document says.

Budapest is considered an underdog in the 2024 process with organisers, unlike their rivals, yet to unveil a logo or website.

The city has pledged to a "guaranteed financing strategy" to fund the Games.

"Budapest presents the IOC an opportunity to engage with a city of global appeal," the letter reads.

"Benefitting from our right-sized scale and capacity, a Games in Hungary will truly be the Games of a nation, with 90 per cent of Hungarian people within 90 minutes of Olympic venues.

"More than this, Budapest would present a new city and country for the Games, and would put the region on the Olympic map for the benefit of the entire Olympic movement, creating strong and lasting legacy."

Part two of the candidature files must cover governance, legal and venue funding with a deadline of October 7 of this year.

The final part will then be on Games delivery, experience and venue legacy, which must be submitted by February 3, 2017.

A host city will be elected at the IOC Session in Lima in 2017.