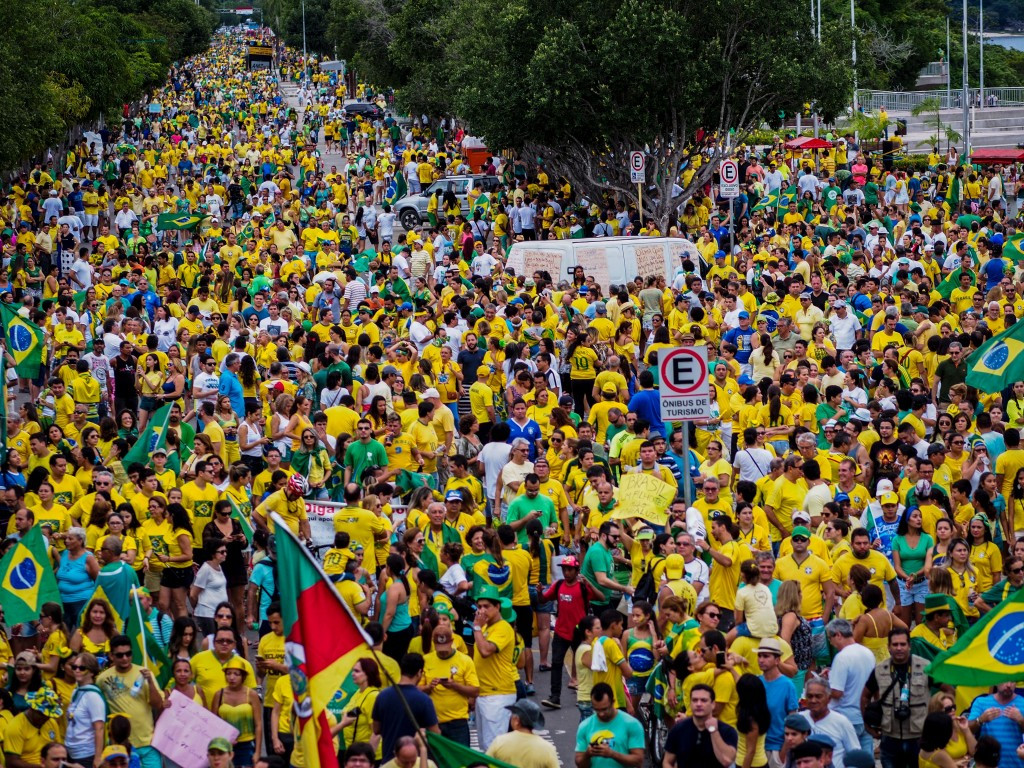 Up to 1.4 million people have taken to the streets to call for the impeachment of Brazilian President Dilma Rousseff with less than five months to go until the Opening Ceremony of the Rio 2016 Summer Olympics and Paralympics.

The peaceful marches, thought to be the country's largest ever political protest, mark the latest episode in a sea of anti-Government demonstrations which have been reinvigorated by the linking of some of Rousseff's closest allies with corruption.

This included former President Luiz Inácio Lula da Silva, with prosecutors having requested his arrest in a money laundering inquiry over a luxury sea-front penthouse.

Lula, who denies any wrongdoing and claims the allegations are politically motivated, was President between 2003 and 2011 and presented to the International Olympic Committee (IOC) at the 2009 IOC Session in Copenhagen as part of Rio de Janeiro's successful Olympic and Paralympic bid.

Rousseff has now further stoked the fire by reportedly offering Lula a Ministerial role in her Government.

As a Minister, the 70-year-old could be tried only by the Supreme Court, meaning judges in the southern city of Curitiba currently investigating him would be unable to prosecute.

Lula, who handpicked Rousseff as a candidate to succeed him as Workers Party leader, is expected to hold a meeting with his successor in Brasilia today.

Huge crowds stretched along the Rio de Janeiro beachfront from Copacabana to Leme, with officials suggesting around 100,000 were present but organisers claimed there were up to one million participants.

Around 500,000 demonstrators participated in São Paulo, the biggest rally in the city's history and more than twice the size of a similar protest last year.

The protests are solely political and are not related to the Olympics, although it is adding to instability ahead of the Opening Ceremony on August 5.

Brazil is also locked in its worst recession for 25 years, with many believing Games-related spending is unsustainable at such a time.

Many blame Rousseff for the recession, with opinion polls suggesting more than half of Brazilians favour her impeachment as support continues to plummet following her re-election in 2014.

Many of Brazil's highest ranking business and political leaders have been arrested or are under investigation as part of the "Operation Car Wash" corruption inquiry into state oil giants, Petrobras.

They are suspected of overcharging contracts with Petrobras and using leftover money to pay for bribes and electoral campaigns.