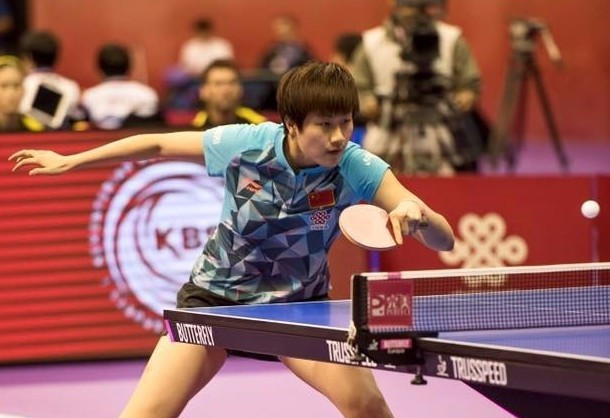 China’s defence of the women’s title at the International Table Tennis Federation (ITTF) World Team Championships remains on track after they cruised to a 3-0 victory over The Netherlands to reach the semi-finals at the Stadium Malawati Shah Alamin in Kuala Lumpur.

Having topped their group with a 100 per cent record, the Chinese team were handed a bye into the last eight of the competition and awaited the winners of the match involving The Netherlands and Austria.

A tightly fought contest came down to the final singles match, with Li Jie eventually securing a win for the Netherlands as she defeated Li Qiangbing in a thrilling tie, which ended 11-6, 5-11, 11-8, 6-11, 13-11 in her favour.

The Dutch were the clear underdogs heading into the quarter-final showdown with China and their task was soon made harder when Liu Shiwen beat Li Jiao 8-11, 11-7, 11-7, 11-1 to put the defending champions into an early lead.

The Chinese will now meet  the winners of Hong Kong’s quarter-final tie with Chinese Taipei, the latter progressing to the last eight by beating Ukraine 3-2 today.

Japan have already sealed their place in the semi-finals as the second seeds brushed aside the challenge of Germany 3-0.

Japan will meet the winners of the quarter-final tie between North Korea and Singapore.

England continued their superb run in the men’s tournament, as the team promoted in 2014 progressed to the last eight after recording a 3-2 win over Poland in the pick of the ties.

England are now due to meet France, who had been awarded a bye.

England had not reached the last eight for 33-years.

Sweden secured a 3-0 win over Croatia in their tie but now face the daunting prospect of meeting defending champions China.

A 3-0 victory for Portugal over North Korea saw them set up a quarter-final meeting with South Korea and Hong Kong will meet Japan after their 3-1 victory over Austria.