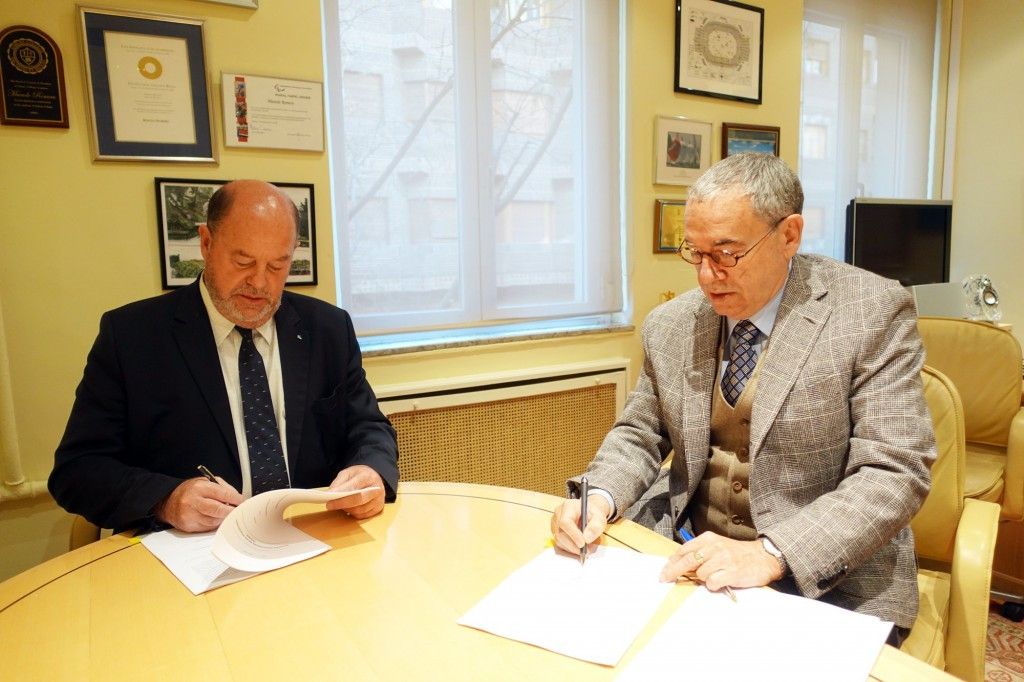 The partnership, penned by ISB and the World Karate Federation (WKF), will see the broadcaster screen coverage of the Karate1 Premier League, the sport’s flagship series of competitions, and the World Championships for a four-year period, beginning in 2017.

It follows WKF President Antonio Espinós revealing they had planned a series of changes to the 2017 calendar, where the Karate 1 Premier League format will be changed in a bid to improve the sport’s suitability for television.

Competitions will be held over three days instead of two, with finals, scheduled for the Sunday of each event, televised across the world by the WKF.

ISB was founded by Romero, considered one of the pioneers in sports television having started his career with Spanish state broadcaster TVE as an engineer in 1965.

In 2001, the International Olympic Committee (IOC) asked ISB to launch Olympic Broadcasting Services and be responsible for the host broadcasting operation of all their events and Romero oversaw the delivery of ten Games until he stood down following London 2012.

Among the technological innovations pioneered by the ISB at the Olympics was high-definition television.

ISB will provide coverage of the chosen WKF Karate1 Premier League competitions in 2017 as the best eight events based on the 2016 season will form the basis of the new calendar.

The Madrid-based company have also been appointed as the host broadcaster and exclusive broadcast rights sales agents for the four-year term of the agreement.

They performed the role of host broadcaster during last year's European Games in Baku.

The move comes as part of the WKF’s plans to enhance the profile of the sport worldwide as it continues its push for inclusion on the Olympic programme at Tokyo 2020.

A delegation from the IOC inspected the Paris Open in January, the opening event on the 2016 Karate1 Premier League calendar.

Following their visit, Espinós claimed he remained positive on karate’s chances of being added Tokyo 2020.

He declared they were “confident the IOC were happy with what they had seen”.

A crucial meeting of the IOC Programme Commission is due to take place in Lausanne on March 18.

“The ongoing process experienced by the WKF competitions over the years has motivated us even more in our quest to take a definitive quality leap in our sport and in one of our most outstanding events,” Espinós said.

“The association with ISB certainly helps us to achieve this goal by ensuring TV production and distribution of the eight Karate1 Premier League tournaments of the year, therefore guaranteeing that millions of karate enthusiasts all over the world will have the opportunity to live first-hand the thrills and entertainment of our wonderful sport.

“We are absolutely ready for the anticipated challenges ahead of us in the coming months, and this agreement to expand Karate1 Premier League will be one more instrument to contribute to the imminent success of our sport.”