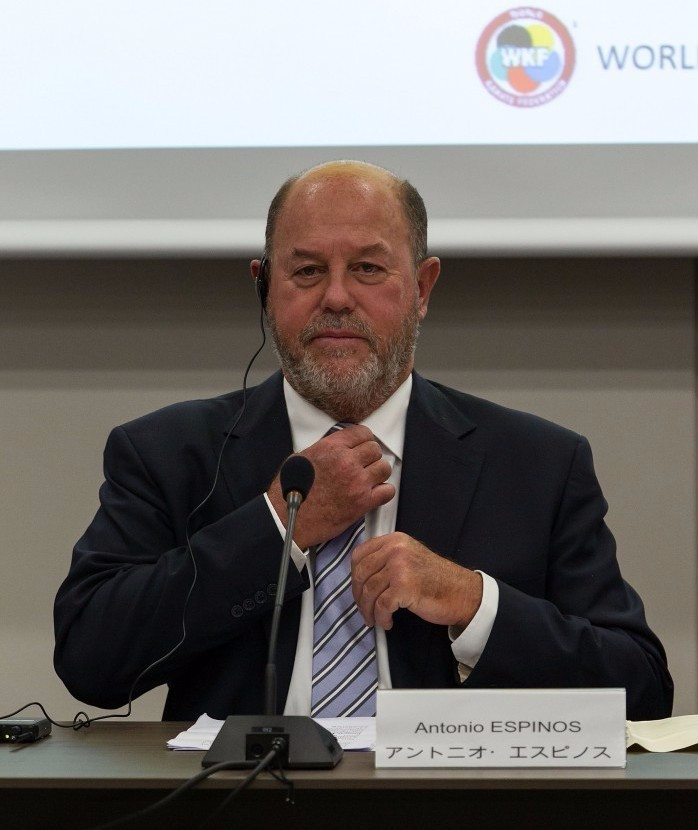 Namibian Fredericks, a four-time Olympic silver medallist and the 1993 world 200 metres champion, attended the opening WKF Karate1 Premier League event with O'Neal as part of their work with the Olympic Programme Commission ahead of the crucial decision on additional sports for the Tokyo 2020 Olympic Games.

The IOC will select how many of the shortlisted sports will be added in the Japanese capital at its Session before Rio 2016.

Karate, which has never been a part of the Olympics, was one of five sports recommended for potential inclusion at the event in four years’ time along with baseball/softball, skateboarding, sport climbing and surfing.

It was unable to gain a place at London 2012 or Rio 2016 and was initially turned down for Tokyo 2020, losing out to wrestling.

“They have watched a lot of what our sport has to offer,” Espinós told insidethegames here.

“The competition has been of a good standard and has been well organised so we are confident they will be happy with what they have seen.”

Espinós also says it is important for karate to target a permanent place on the Olympic programme, declaring that they are “not just looking at 2020” but they were “hoping to be at 2024 Games and beyond”.

The visit of Fredericks and O’Neal came before a workshop is due to be held on Friday (January 29) at the IOC’s headquarters in Lausanne.

Three WKF representatives - Espinós, general secretary Toshihisa Nagura and Francis Didier, also the President of the French Karate Federation - will attend the meeting along with members of the four other nominated sports.

They will be briefed on a range of matters including the logistics of the IOC, according to the WKF President.

Espinós remains optimistic that karate will be given a place at the Olympics, exclusively telling insidethegames in November “there was no reason” his sport shouldn’t be given the nod.

The Spaniard, also President of the European Karate Federation, however admitted that the body still needed to address a couple of key hurdles in order for karate to be chosen for Tokyo 2020.

WKF tournaments, including their flagship World Championships, feature five men’s and women’s categories, which raises a concern among the governing body as to how they would go about installing an Olympic qualification process and how they select the athletes who will compete at the event itself.

The initial proposal was to have all 10 categories, which were included at the inaugural European Games in Baku last June, before it was whittled down to eight.

Eventually six was the amount put forward by Tokyo 2020.

“We are still working on how we go about this and choosing our athletes but we have some ideas,” Espinós added.

“We know there are challenges but we can overcome them.

“We are confident the IOC won’t make us make a decision yet and we know we will be given the time to address it.

"The main goal is to be at the Olympics so if the IOC want us to make changes we will do everything that is necessary."