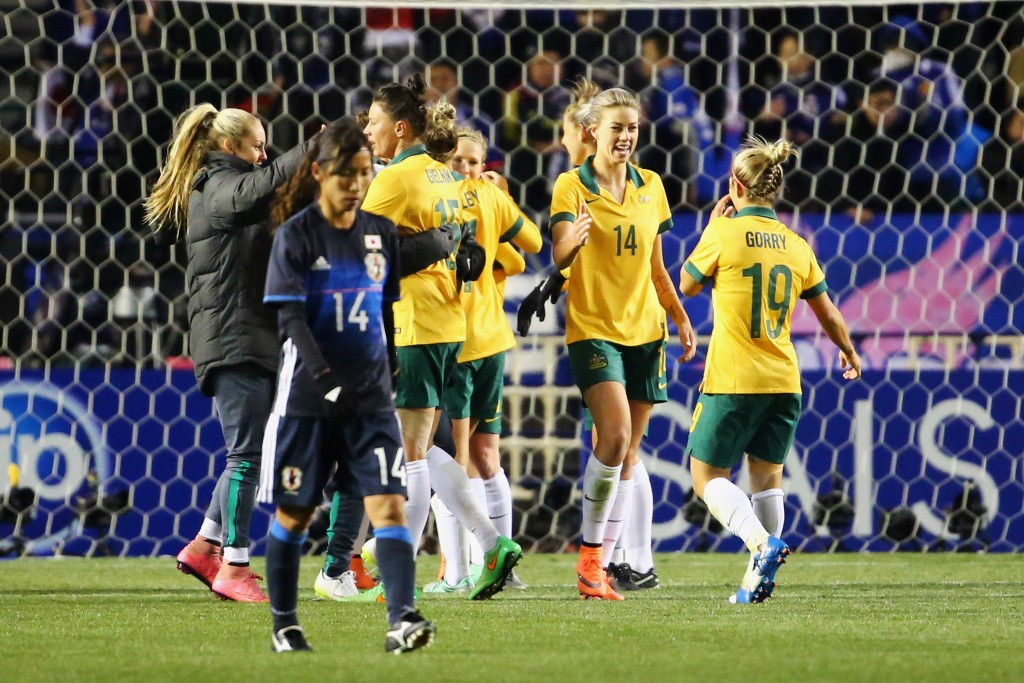 The Japanese, the silver medallists from London 2012 and also the World Cup runners-up, had been expected to prevail against their world number nine ranked opponents at the Nagai Stadium.

However, they fell behind after 26 minutes when Lisa De Vanna headed home a Katrina Gorry cross.

It was 2-0 when a fortunate touch off the back of referee Carina Vitulano midway inside the Japan half fell to De Vanna, who played in Michelle Heyman to double the advantage after 41 minutes.

Japan, the 2011 World Cup winners, pulled a goal back in stoppage time of the first half thanks to Yūki Ōgimi, but Gorry sealed a memorable success with a header for the Australians after the break.

The tournament in Osaka is a six-team round robin with the top two qualifying for the Rio Olympics.

Two other games were played today, with neighbours South Korea and North Korea contesting a 1-1 draw.

Jung Sul-bin opened the scoring for the South after 32 minutes and they held their lead until ten minutes from time, when Kim Un-ju rifled home from 25 yards.

North Korea were only competing after a ban on people from the country entering Japanese territory was relaxed.

China joined Australia in collecting an opening three points as they saw off Vietnam 2-0.

The Chinese were then awarded a second penalty after 63 minutes when Duong Thi Van brought down Ren Guixin.

The skipper passed on spot kick duty to Zhang Rui who made no mistake.