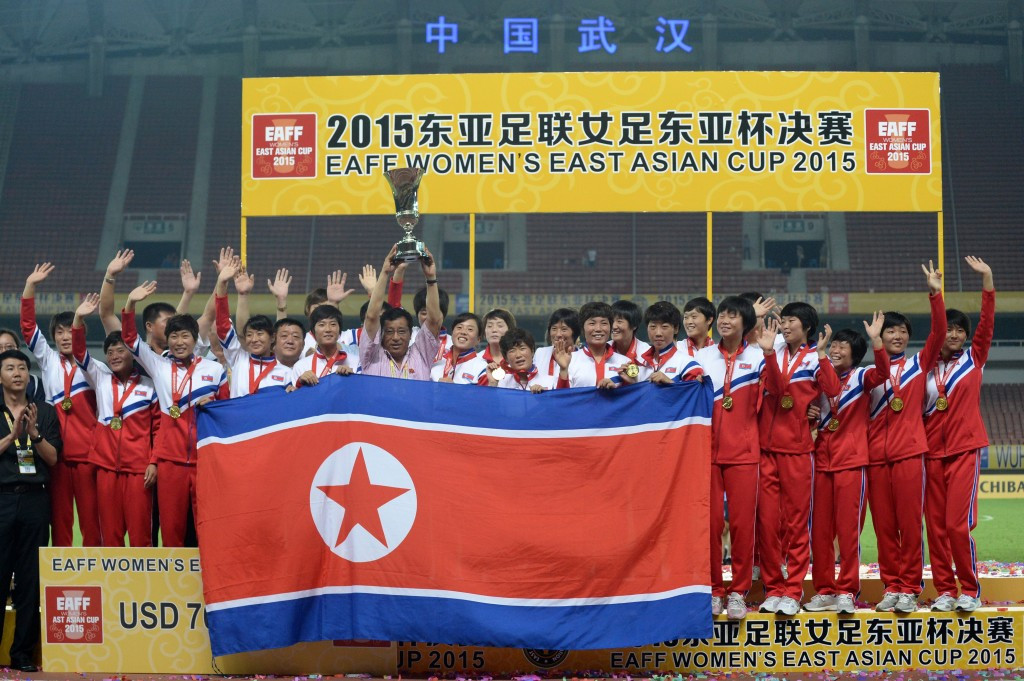 Japan's ban on North Koreans entering its territory will be relaxed to allow the country's women's football team to compete in the Asian Olympic qualifier, it has been announced.

Six countries will begin their quest for two Rio 2016 berths on Monday (February 29), with every match at the tournament taking place at Osaka's Nagai Stadium.

North Korea, the world's most secretive state, prompted fresh anger by conducting a fourth nuclear test in January before the launching of a long-range rocket on February 7.

This was in breach of resolutions made by the United Nations Security Council and near neighbours Japan opted to impose sanctions - including a ban on North Korean people and ships entering the country.

Despite this, Kyodo News has reported that the North Korean team, who will be bidding for a third straight Olympic appearance, will be granted visas to travel.

This is due to a belief that athletes should not be discriminated against because of their nationality, it is claimed.

North Korea are expected to leave their capital Pyongyang on Thursday (February 25) and travel to Osaka via Beijing.

The East Asian Cup champions will be joined in Japan by the hosts, as well as South Korea, Australia, China and Vietnam.

All of the countries will play each other in a round-robin group with the top two nations progressing to Rio.

Japan, the Olympic silver medallists from London 2012 and the beaten World Cup finalists, will be heavy favourites to progress.

They lost both of the showpiece occasions to rivals United States.

North Korea's London 2012 campaign was marred in controversy when pictures of their players were shown on the big screen next to the South Korean flag at Glasgow's Hampden Park.

Their match with Colombia - which they eventually won 2-0 - was delayed by over an hour after the team walked off in protest.

Relations between North and South Korea are historically uneasy and the teams had to be announced again, this time with the correct flag, before the game could kick-off.

The North Koreans were eventually knocked out in the group stage - the same result they managed at Beijing 2008.

They were banned from last year's World Cup in Canada due to doping offences.