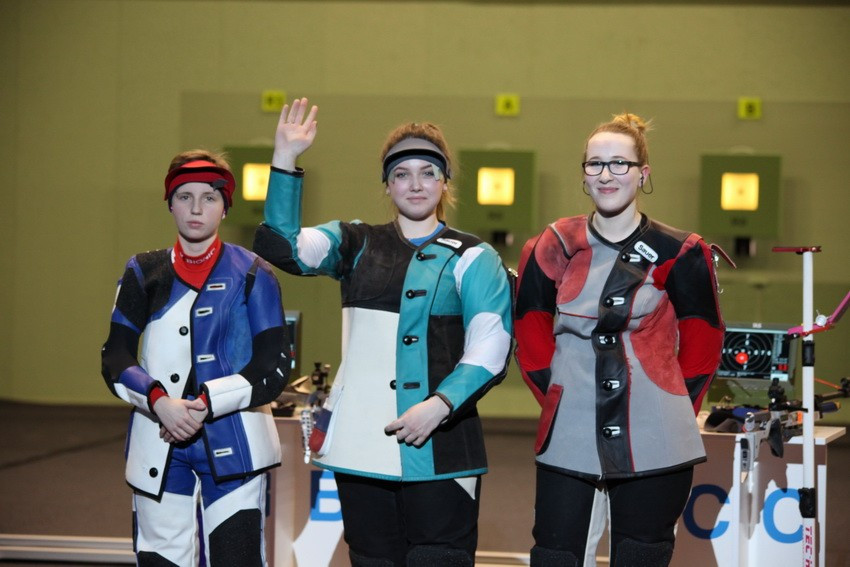 This followed a titanic battle with Sarah Hornung of Switzerland and Germany's Teresa Tripp.

With 15 shots taken, Tripp held a narrow lead of just 0.1 over Galashina on the Hungarian range.

In the 17th round, however, she could only manage a 9.4 as the Russian maintained her consistency to edge ahead.

She eventually held on to finish on 206.9, one point clear of Hornung, who shot a superb 10.7 to overhaul Tripp in the final stages.

Serbia claimed the corresponding team event with a score of 1239.4 from Milica Babic, Sanja Vukasinovic and Marija Kolarevic to beat Russia by 2.7 points.

A strong finish allowed the Russian to finish with 197.2.

He finished 1.7 points clear of Cvetkovs.

Russia claimed a second place on the podium as Anton Zanin clinched bronze with 175.0.

The nation then sealed a virtually perfect day with team victory as the duo teamed up with Alexander Bassariev to win with 1724 points, 19 clear of second-placed Ukraine.

Germany finished a further five points back with bronze.

Viktoria Hurai and Istvan Peni also claimed a 5-4 host nation win over Switzerland in the mixed team rifle event after Israel had won 5-0 over The Netherlands.

Action begins at senior level tomorrow, with six Olympic berths set to be decided when the women’s 10m air rifle and men’s pistol competitions are staged.