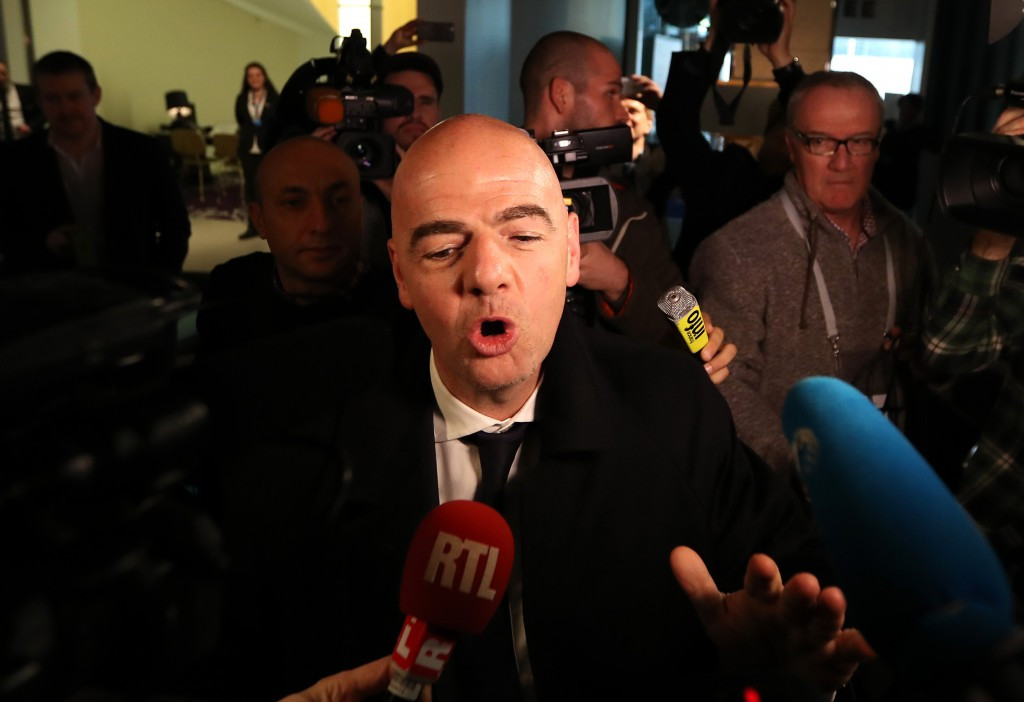 Gianni Infantino, one of the five candidates for the FIFA Presidency, has used a letter to Member Associations to clarify spending plans characterised as “dangerous” by a rival candidate.

Describing tomorrow's Extraordinary Congress as a “crossroads moment for FIFA”, the current UEFA general secretary said: “Let me be absolutely clear with you: the increases in development and other assistance funds outlined in my manifesto can easily be put in place considering that I am proposing reinvesting back into football development only around $1.2 billion (£858 million/€1.1 million) out of over $5.5 billion (£4 billion/€5 million) revenues.

“Very significant savings can easily be made in FIFA’s costs so that the amount for reinvestment in football I am proposing can be safely delivered.

“This is what FIFA should be about - football development!

His comments largely reiterated an explanation given at a glitzy media conference at London’s Wembley Stadium earlier this month.

The difference here is that what he says is targeted directly at voters.

Infantino’s pledges have been one of the main issues in the final stages of an increasingly hard-hitting campaign, with rival candidate Jérôme Champagne recently describing them as “very dangerous”.

On page 22 of his glossy 50-page manifesto, Infantino says: “As a benchmark, and after all necessary adjustments, I believe that FIFA should easily be able to ear-mark at least 50  per cent of its income for direct distribution to its Member Associations for football development projects.”

So Infantino is apparently claiming that he could “easily” divert a sum equivalent to 32 per cent of the world body's expected four-year revenues, around $1.6 billion (£1.1 billion/€1.4 billion) for an overall total of $2.5 billion (£1.8 billion/€2.3 billion), to development projects at a time when it faces the worst crisis of its history.

At Wembley, however, he sought to clarify what he was, and was not, promising.

Page 22 of his manifesto, it turns out, is more of an aspirational goal; by contrast, the figures on page 23 of the document - $5 million (£3.6 million/€4.5 million) over four years per Member Association and $40 million (£29 million/€36 million) per Confederation for investment in football development projects - are firm pledges.

He said: “What I am proposing to be very clear is the $1.3 billion, more or less, which is the $5 million per association and so on...

“But what I say as well in my manifesto is that in order to be able to go to 50 per cent, I first need to sit inside there and see what kind of engagements have already been taken, how quickly can we get to the 50 per cent?

“So the amounts that I am proposing, which amount to $1.3 billion out of $5.5 billion or whatever - which I think is not only feasible but it's easy to get - these amounts will be delivered immediately and in future hopefully we can increase them quite significantly because 50% of $5 billion is $2.5 billion....

“This has to be the objective, or what is FIFA doing otherwise?”