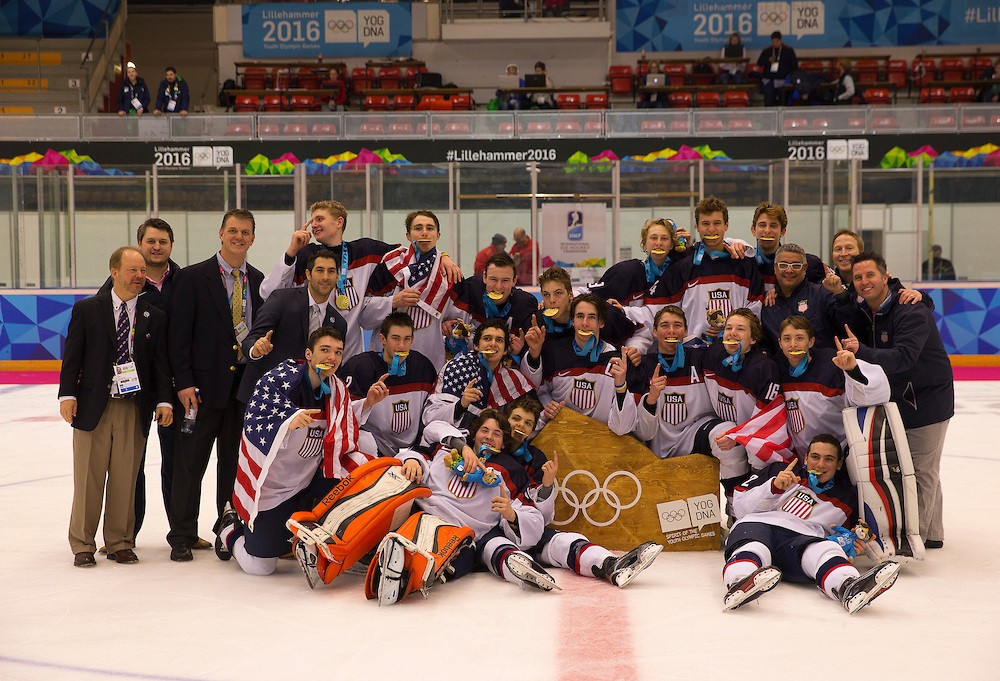 The Americans appeared to have put the result of the eagerly-anticipated contest beyond all doubt when they took a 3-1 lead going into the third period.

Canada breathed new life into the fiery match-up, though, when Allan McShane’s rasping effort flew into the net to cut the deficit to one with just over four minutes remaining.

As the Canadians went in search of a dramatic equaliser, the United States took full advantage and Tyler Weiss and Jake Wise both scored in the dying seconds to ensure they claimed a deserved victory.

Sweden successfully defended their Winter Youth Olympic crown they had won in Innsbruck four years ago.

They overcame the Czech Republic 3-1 in the women’s final earlier on today.

"It’s unbelievable, I can’t describe that feeling when the clock runs out," Weiss said.

“It was the best feeling in the world.”

The American side stamped their authority on proceedings from the outset as they began to look increasingly dangerous going forward and they went ahead when Jack Deboer squared the puck for TJ Walsh, who guided it into the empty net.

Early in the second period, the US managed to double the trouble for the Canadians as Jake Jacob Pivinko set up Deboer, who bundled home to give his side a 2-0 lead.

Canada were not going down without a fight, however, as Ryan Merkeley’s well-taken effort halved the arrears midway through the second period.

The US regrouped and reinstated their two-goal advantage towards the end of a frenetic stanza thanks to Christian Krigier.

Just as it seemed it would be plain sailing for the Americans, who failed to earn a medal of any colour at the inaugural edition of the Winter Youth Olympic Games in Innsbruck in 2012, Canada hit back once again with McShane’s drive from distance.

His superb strike proved to be in vain as both Weiss and Wise capitalised on an empty Canadian net on two occasions to wrap up victory for the American outfit.

In the women’s gold medal match, Sofia Lundin opened the scoring for the Swedes before Klara Jandusikova equalised shortly after to leave the game tentatively poised at 1-1 before the defending champions seized control.

“It was an unforgettable experience.”