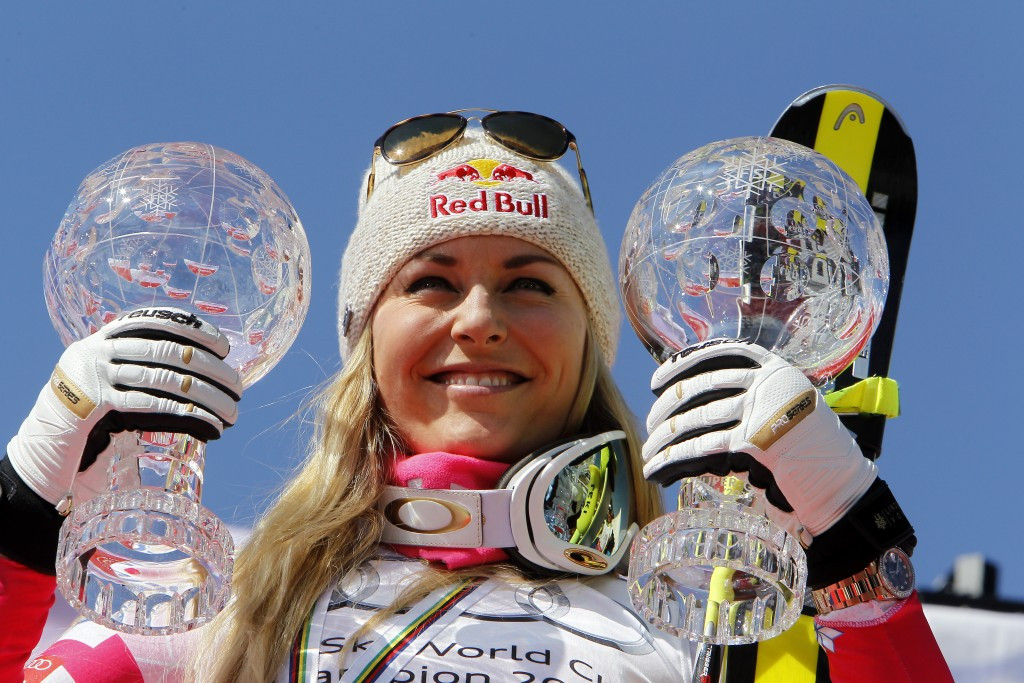 Alpine skiing champion Lindsey Vonn will serve as honorary ambassador for the Pyeongchang 2018 Winter Olympic and Paralympic Games, it has been revealed.

The 30-year-old, who is expected to be formally confirmed into the role on Wednesday (May 6), will become the first international athlete to be name as an honorary spokesman for the Games, due to be held in the South Korean county from February 9 to 25, in 2018.

Vonn is one of the most decorated skiers in history having won Olympic gold in the downhill competition at the 2010 Winter Olympics in Vancouver, Canada, in addition to her two world titles and four overall International Ski Federation (FIS) Alpine Ski World Cup crowns.

The American made history in the 2015 season by surpassing Austria’s Annemarie Moser-Pröll as the woman with the most World Cup victories, by clinching her 63rd triumph and breaking the record, which had stood for 35 years.

Prior to her official unveiling Vonn is due to visit the Jeongseon Alpine Centre, which is under construction in preparation for hosting Alpine events during the 2018 Games.

Vonn who missed Sochi 2014, due to a knee injury, will meet with South Korean skiers Gim So-hui and Jo Eun-hwa, who are currently undergoing treatment for injuries to share their experiences of rehabbing.

An autograph session will be held for fans at the Lotte World Mall in Seoul to mark the announcement.

Vonn is also an international ambassador for the Lillehammer 2016 Youth Olympic Games and yesterday (May 3) revealed that her high-profile relationship with 14-time golf major champion Tiger Woods has come to an end after three years, with each citing their busy schedules for the split.

In addition to the announcement of Vonn, the Korea Ski Association are set to sign a mutual cooperation agreement with the U.S. Ski and Snowboard Association.