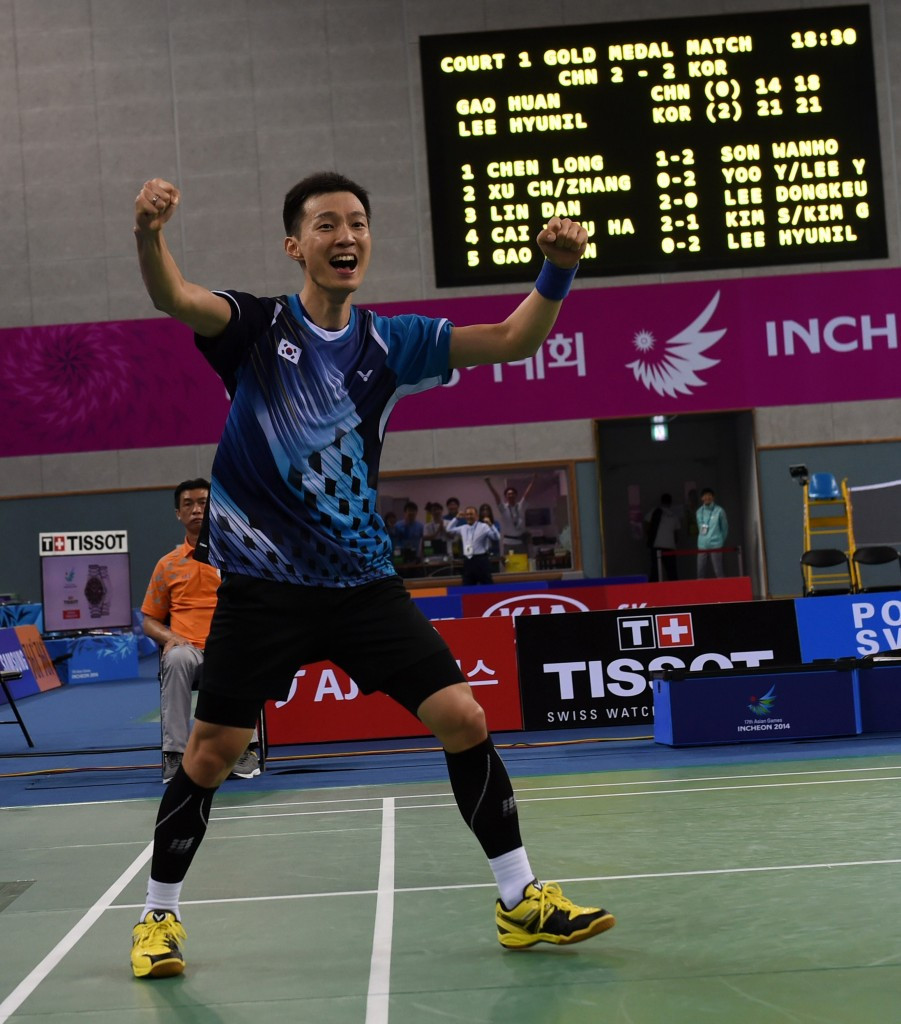 An all South Korean men's final between the top two seeds at the Badminton World Federation (BWF) Thailand Masters Grand Prix Gold remains on the cards after the quarter-finals were completed in Bangkok.

Number one seed Lee Hyun-il, a World Championship bronze medallist from 2006, battled into the last four by beating Hong Kong's Wei Nan 21-18, 21-13 at the Nimibutr Stadium.

He will meet Thailand's Tanongsak Saensomboonsuk, the last remaining hope for the home nation, in the semi-finals, after the 25-year-old knocked out another Hong Kong player, Ng Ka Long, 21-23, 21-11, 21-18.

South Korea's second seed Son Wan-ho, meanwhile, knocked out his compatriot Jeon Hyeok-jin after coming from behind to prevail 11-21, 21-12, 21-11.

In the women's draw, home fans will be dreaming of an all Thai final after both Ratchanok Intanon and Busanan Ongbumrungpan booked their semi-final spots.

The prize for Intanon is a clash with South Korea's Sung Ji-hyun, who ended the hopes of another Thai player, Porntip Buranaprasertsuk, 21-17, 21-10.

The semi-finals are due to be played in Bangkok tomorrow.