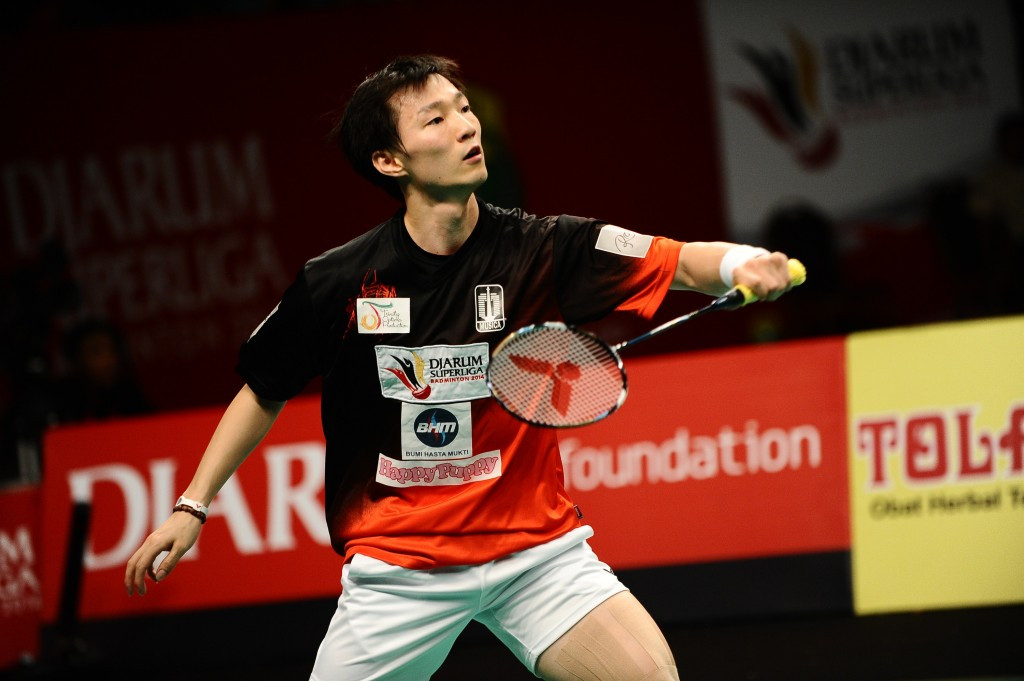 South Korea's top seed Lee Hyun-il has made it through to the third round at the Badminton World Federation (BWF) Thailand Masters Grand Prix Gold in Bangkok.

He was then too strong for Malaysia's Zulhelmi Zulkiffli in round two, beating him 21-13, 21-16 at the Nimibutr Stadium, and will now face home favourite Kantaphon Wangcharoen in round three.

He then eased past another Chinese, Zhao Junpeng, 21-14, 21-6, to set up a meeting with Malaysia's Zulfadli Zulkiffli.

Another South Korean, Lee Dong-keun, was the biggest casualty of the early stages after the number eight seed was beaten in round one by Indonesia's Sony Dwi Kuncoro, who triumphed 16-21, 21-15, 21-17.

In the women's draw, the withdrawal of India's top seed Saina Nehwal means Thailand's Ratchanok Intanon is favourite on her home courts.

The number two seed beat Korean Lee Jang-mi 21-10, 21-12 to reach round two, while Korean third seed Sung Ji-hyun is also through after a walkover win over India's Saili Rane.

The action continues in Bangkok tomorrow.