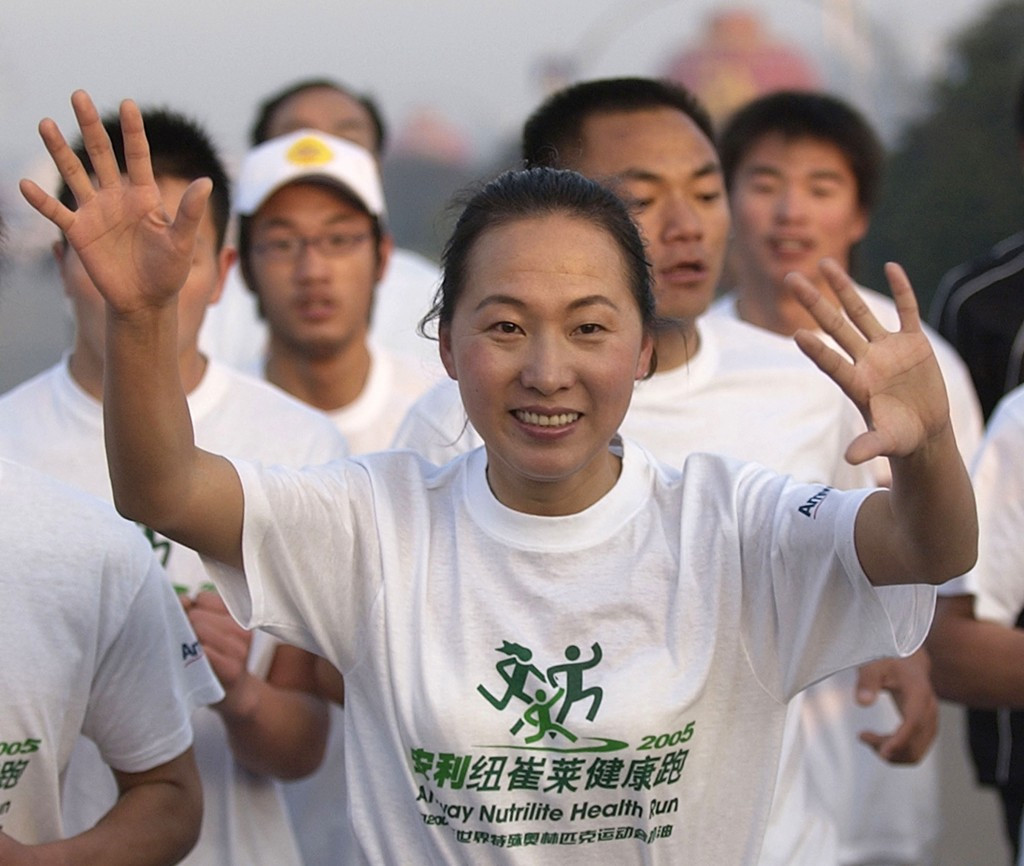 Wang Junxia, the 3,000 and 10,000 metres women's world record holder, has seemingly admitted to doping in a letter which has emerged in China.

If genuine, the letter, reportedly signed in 1995 by Wang and other members of the national team coached by Ma Junren, known colloquially as "Ma's Army", is the most concrete evidence yet of systemic doping within the Chinese distance-running squad that dominated the sport during that period.

After winning a gold medal in the 10,000m at the International Association of Athletics Federations (IAAF) World Junior Championships in Seoul, Wang made the jump up to senior level with sensational results only a year later.

She won the 10,000m gold at the IAAF World Championships in Stuttgart in 30min 49.30sec, despite claiming to have been sick before the race.

Three weeks later, Wang took a staggering 42 seconds off the existing 10,000m world record at the Chinese National Games in Beijing to set a time of 29:31.78 before also setting a new 3,000m mark in the heats before going even faster to clock 8:06.11 in the final.

Both records still stand today, with no-one having come within 20 seconds of the 25-lap mark.

That time was only beaten last year by Ethiopia's Genzebe Dibaba, who ran 3:50.07 in Monte Carlo.

The letter, written in Mandarin and orginally published by Tencent Sports, claims she and other runners were forced to take "large doses of illegal drugs over the years".

"We are humans, not animals," it reads, as reported in English by the South China Morning Post.

"For many years, [he] forced us to take a large dose of illegal drugs.

“Our feelings are sorry and complex when exposing his [Ma’s] deeds.

“We are also worried that we would harm our country’s fame and reduce the worth of the gold medals we have worked very hard to get.”

An investigation has been launched by the IAAF to verify the letter, which was also reportedly signed by nine team-mates and was sent to a journalist named Zhao Yu, but has remained unpublished until now.

It is not yet clear why it did not emerge earlier.

Wang carried on competing for two more years after the alleged writing of the letter, winning Olympic gold and bronze medals in the 5,000m and 10,000m at Atlanta in 1996.

By that time, she had left the group of Ma Junren, having gone to be coached by Mao Dezhen in 1995.

Wang was never sanctioned for doping during her career and has repeatedly denied wrongdoing in more recent years.

There have often been suspicions over the so called "Ma's Army".

Ma attributed their performances to intense training in the Tibetan Alps, a ban on long hair and dating and their consumption of turtle blood and caterpillar fungus.

Eyebrows were raised when Wang was controversially among 12 athletes added to the IAAF Hall of Fame in 2012.

Other notable members of "Ma's Army" included Liu Dong, winner of the 1500m world title in 1993, and Zhong Huandi, a silver medallist behind Wang in the 10,000m at Stuttgart.

A controversial figure, Ma remained a Chinese national coach until Sydney 2000, where six of the 27-strong squad were suspended ahead of the Olympics for failing a drugs test.

He has admitted physically beating athletes and has been accused of taking bonuses designed for athletes.

If what Wang has claimed is true, this will heighten calls for world records to be abolished if an athlete is associated with doping at any point in their career, following a proposal by UK Athletics for the world records process to "start again" in 2016.

It will also reinforce the beliefs of many that the state-supported doping system highlighted by the World Anti-Doping Agency's Independent Commission report into Russian doping is also prevalent in other countries, such as China.

In 1994, 11 members of the Chinese swimming and cycling teams, winners of a total of 15 titles between them at the Hiroshima Asian Games, were disqualified after failing tests for Dihydrotestosterone, an anabolic steroid.

At present, action regarding the records and performances will be limited by the statute of limitations having passed, although action can be taken if there is an admission of guilt.

“The IAAF’s first action must be to verify that the letter is genuine,” an IAAF spokesman told the South China Morning Post today.

“In this respect, the IAAF has asked the Chinese Athletics Association to assist it in that process.”